The first time I ate at bills, it was more than 10 years ago in Sydney at the Darlinghurst location. I convinced my friends that we absolutely needed to wake up early – I heard that it got crowded – and trek across the city for breakfast. My friends dragged themselves out of bed and we arrived (at what seemed like the crack of dawn to us) to a rather long wait. My friends griped and I hoped that the food would be worth it. bills didn’t let me down and my love affair with food from Chef Bill Granger began.

Sydney is a bit far for us to go for breakfast from LA, so I was hugely excited to see that a location had recently opened in Waikiki, just a few blocks from our hotel. While I have Bill Granger’s cookbooks on my shelf at home, there is nothing like eating at bills. The Honolulu outpost of bills is stunning. Modern, open and so so beautiful I didn’t want to leave. Fortunately, the staff won’t rush you through your meal if you want to linger over coffee. 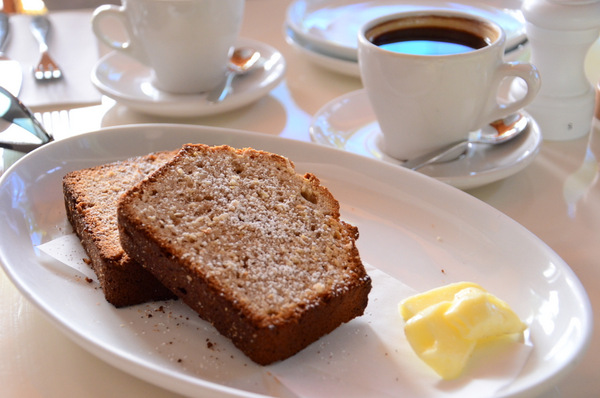 Like my very first visit, we stopped by for breakfast and sat outside on the patio to enjoy the perfect Waikiki weather. I told Rob that Coconut Bread (above) and the Ricotta Hotcakes (below) were some of the signature menu items, but that I was sure everything would be delicious. The coconut bread was packed with coconut and kissed with just the right amount of cinnamon. Had we not been visiting for such a short time, I might have just had the bread and coffee instead of ordering more dishes. We added the Ricotta Hotcakes – served with honeycomb butter – that were paradoxically light and rich at the same time. 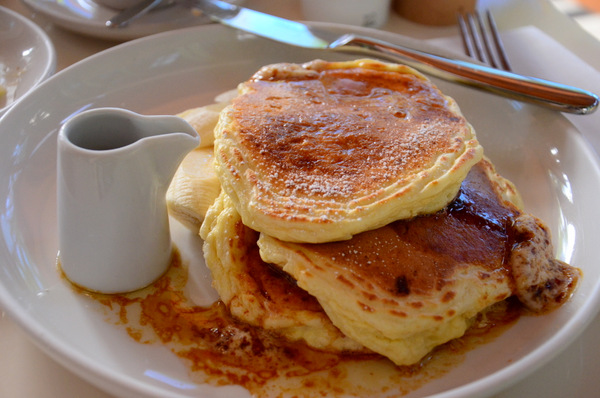 We also ordered Bill Granger’s version of kimchee fried rice, made with homemade kimchi, as it was strongly recommended by our server. It was flavorful and satisfying, with a relatively mild kimchi flavor. The pancakes were undoubtedly the star of the show for me, but our savory breakfast dish was well balanced and delicious, making it well worth ordering again.

It might take us a little while to get back, but we hope that the bills outpost in Honolulu thrives and will be waiting for us with open doors on our next visit to the islands. We’ll eventually make our way back to Sydney, however Hawaii is always a nice pit-stop for trans-Pacific travel and simply an easier jaunt for us. In the meantime, I’ll make a batch of bills Coconut Bread at home to tide us over. 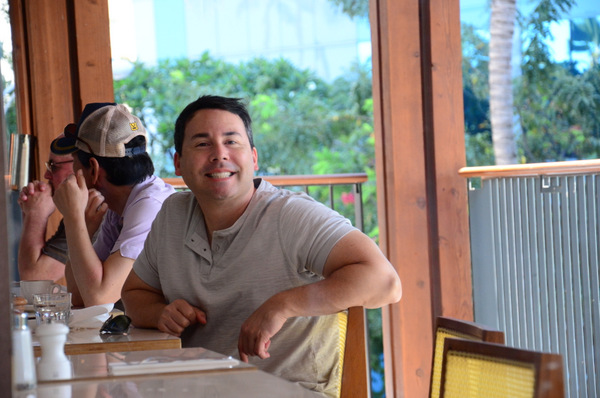