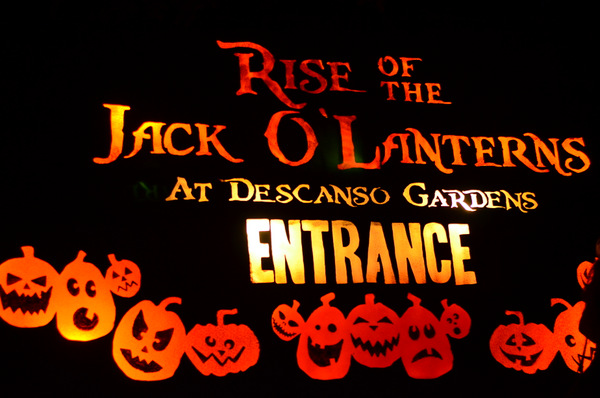 The Rise of the Jack o’ Lanterns is a Halloween celebration for people of all ages, especially if you appreciate the art of a well-carved pumpkin. The event is a display of thousands of glowing, carved pumpkins that are set along a quarter mile trail in the Descanso Gardens Rose Garden – and it is impressive! 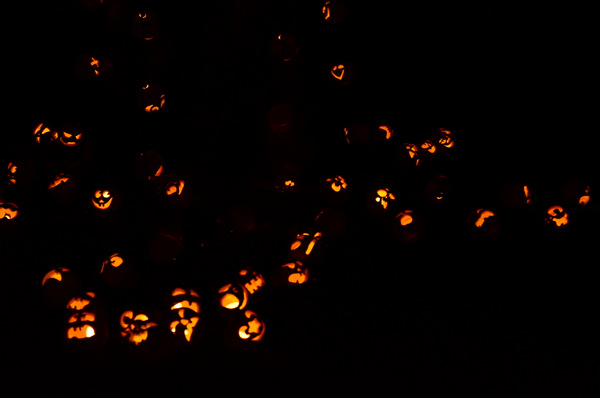 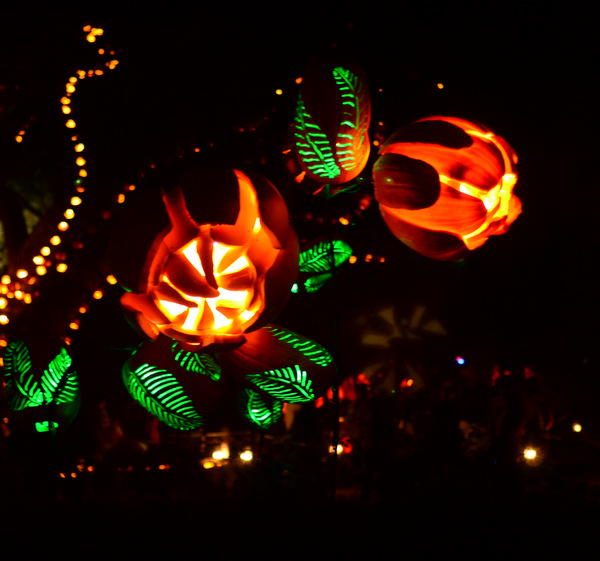 The displays include traditional jack o’ lanterns, which are used to line the path and create decorative strings of lights along fences and on trees, as well as more elaborately carved works. The more elaborate creations ranged from displays of the solar system to intricately carved vintage horror movie posters! 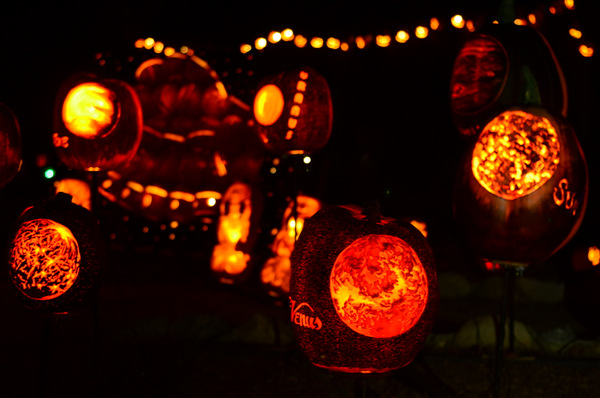 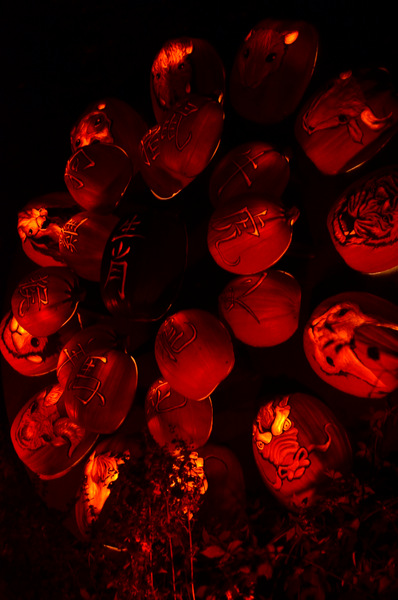 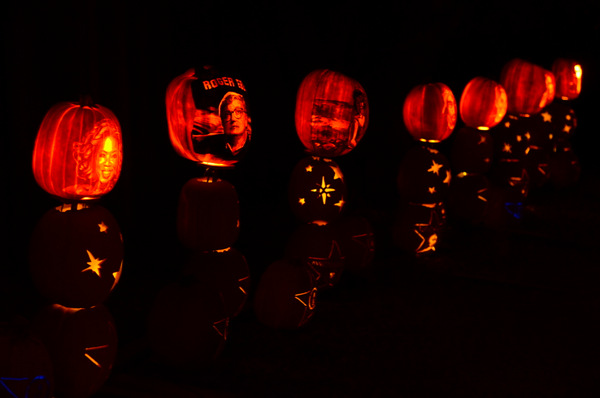 The display opened up after sunset and entrance times were staggered, which meant that there was a smooth and steady flow of people along the trail, despite fairly large crowds. This is a very family-friendly event, so it’s a mixed audience and there is something for everyone to enjoy. 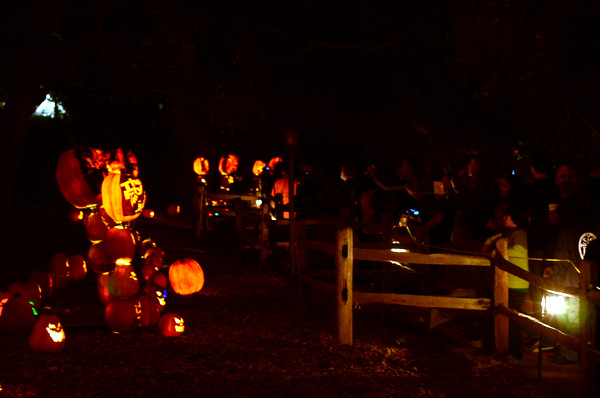 Some of our favorites included elaborate skeletons – of both people and dinosaurs – that were carved from multiple pumpkins strung together. These sculptures were nearly life size (in the case of the dinos, the human skeletons were quite close) and were incredibly impressive, since this is a style of carving that you’re definitely not going to see on the usual trick-or-treat route through the neighborhood. 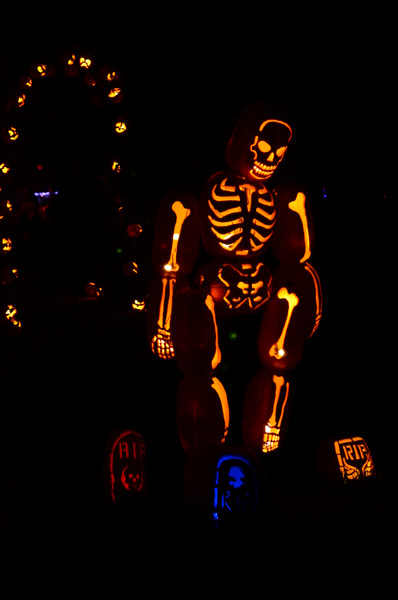 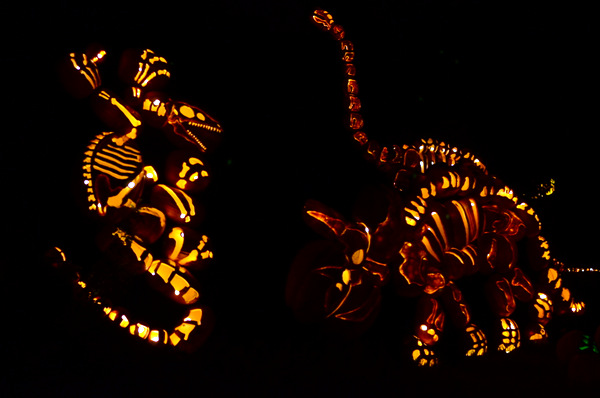 As much as we loved the dinos, however, our favorites were the sculpted pumpkins displayed in tanks near the center of the garden. These were complex, realistic and spooky as heck – exactly what you want to see in a Halloween pumpkin. 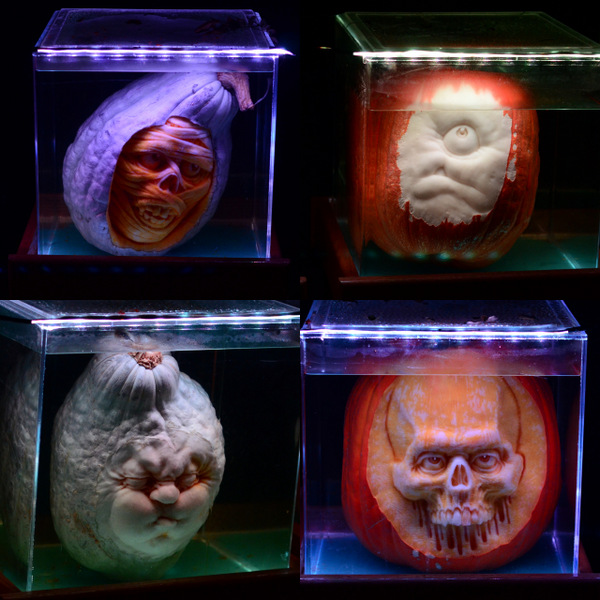 This is a wonderful display to take in this season and a non-spooky alternative to a traditional haunted house (which isn’t really our thing). They have food and drinks from Patina Group at Descanso during the event, but we highly recommend heading down the street to The Proper for dinner and a cocktail either before or after you take in the show.