The Corpse Flower is more officially known as the Titan Arum (Amorphophallus titanum) a flowering plant that is native to Sumatra. It is a flowering plant with the largest unbranched inflorescence in the world – meaning that the flower essentially comes straight out of the seed/roots of the plant. It is noteworthy for two main reasons. First, the flower can be nearly six feet tall when it blooms. Second, the blooming flower omits a unique scent that is reminiscent of decaying flesh – hence the nickname of “corpse flower.” The other very unusual thing about the plant is that it doesn’t always produce a flower. Most growth cycles produce a leaf – which looks like a small tree – instead of a flower. The flowering cycle is unpredictable, so it is always a surprise and a treat when a flower bud appears.

The Huntington Library, near Pasadena, is one of the few places in the United States that cultivates this unusual plant and there have been a very small number of blooms over the past few years. We had been hearing rumors that their current flower was about to bloom for about a week, so we kept a very close eye on the Library’s social media pages to try to make it out. The plant goes through a very rapid growth spurt a week or so before it blooms, then slows as it prepares to open. Our first trip this week was fruitless, as the flower was not quite ready to bloom. Two days later (yesterday), it was announced that the flower was starting to open, so we hopped in the car and headed out to see it. 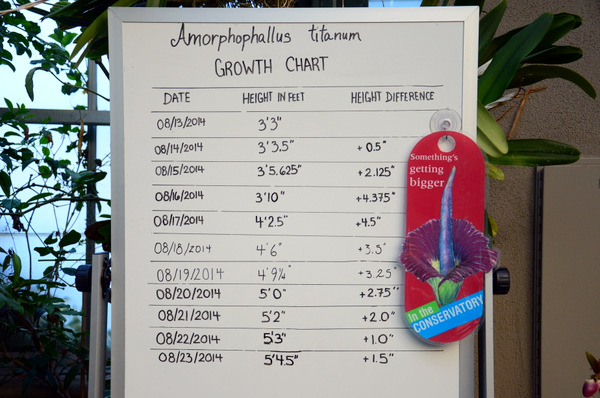 The bloom is beautiful and impressive, mostly because of the size of it. If you have the chance to see one, know that the scent isn’t released until about 5-8 hours after the bloom begins (according to the staff at the Huntington), so you can get in and out before any stinky scents are in the air. If you want to experience the stench, however, wait a while after it begins to bloom to head out to see one. This particular bloom was the result of a pollination 15 years ago – so stink or no-stink, I recommend jumping on any opportunity that you might have to see a Corpse Flower in bloom! 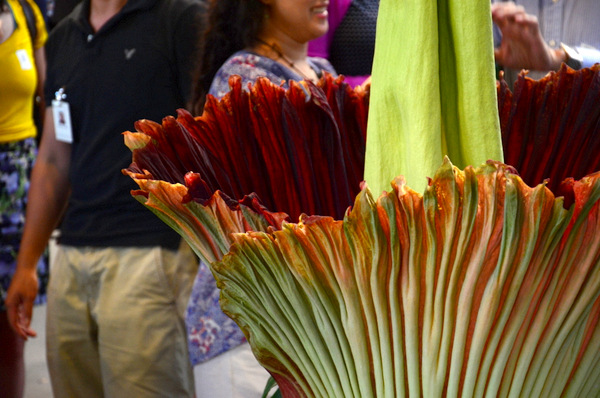 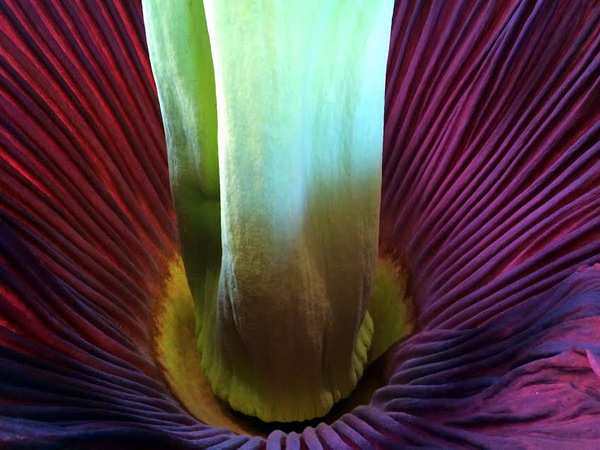 Wordless Wednesday: The Most Interesting Man in the World
They say his cereal never gets soggy. It sits there,…

Wordless Wednesday: Simple Pleasures
The feeder brings the birds to the cat. And the…
There is 1 comment for this article