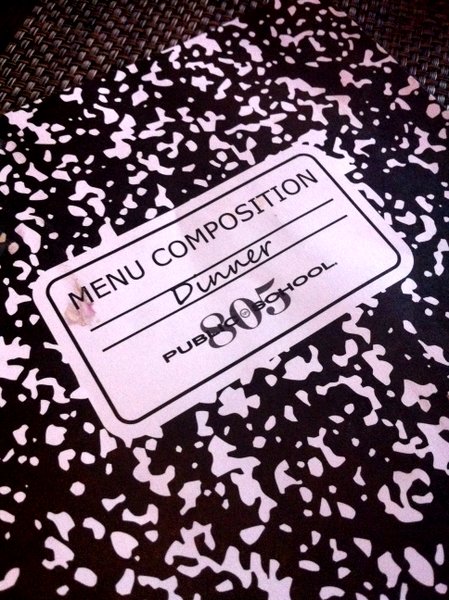 Gastropubs are definitely a trend and they have been for some time. The idea behind a gastropub is that you’re going to get a great beer selection, a full bar – usually with craft cocktails – and high quality, elevated casual fare. The menus tend towards local ingredients and chef-driven menu, which translates to good, fresh food that appeals to a younger (and often hipper) demographic. Many gastropubs are locally owned, but there are plenty that are corporate places and done very well.

Public School 805 is just such a place. It’s a gastropub owned by the parent company of the Daily Grill, and it’s a carefully crafted bar and restaurant concept featuring a hip atmosphere, creative pub fare and a huge craft beer selection. It’s named after the area code that it is located in, 805. The company plans to expand eventually, but there are only three locations at the moment, all in Southern California. It may be corporate, but you definitely don’t get a chain feeling coming in here.

Public School 805 has a good location in a busy Westlake Village outdoor mall and we pulled in for happy hour when we were on our way home from a visit to the Reagan Library. Their weeknight happy hour is called “recess,” in keeping with the educational theme of the place, and it offers a variety of 4, 5, 6 and 7 dollar items that are all available in the bar, as well as inexpensive wine and beer. Their taps rotate, in case you beer-lovers are wondering. The “recess” menu seems like a good deal since some of the items are available on the regular menu at a higher price, and the portions are definitely large enough to share.

And, before we get started, I’m sorry about the quality of the iPhone pictures. We lucked out and caught just enough light before sunset - I didn’t expect the pictures to come out at all and was happy to get enough for a post! 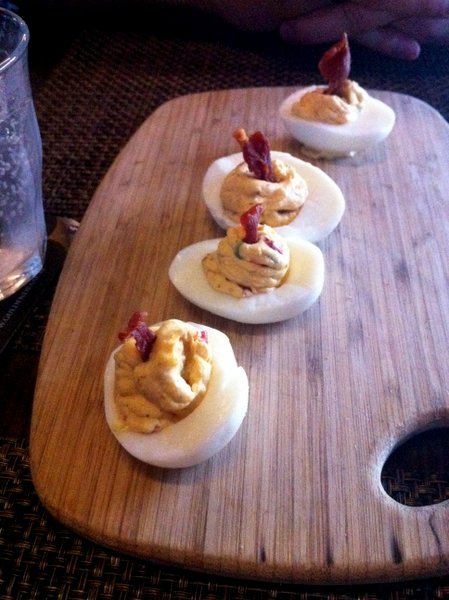 We were really hungry after hanging out at the museum all day, so we dove right in and started with a half litre of wine ($10) and an order of Speck & Eggs, which is one of their signature apps. These deviled eggs had large, very crisp pieces of thick prosciutto on them and they were delicious – largely because they reminded me of my grandmother’s deviled eggs, just with pork added. 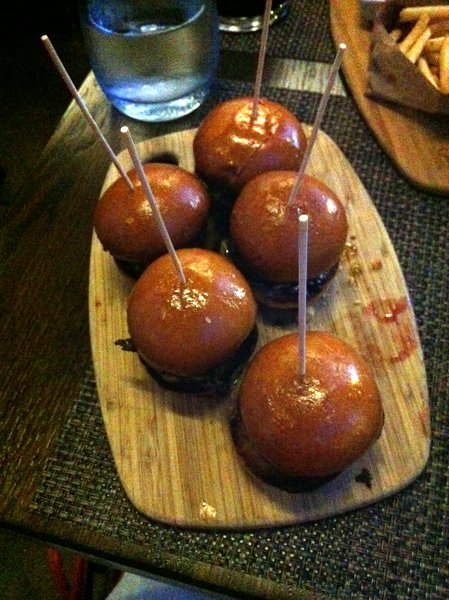 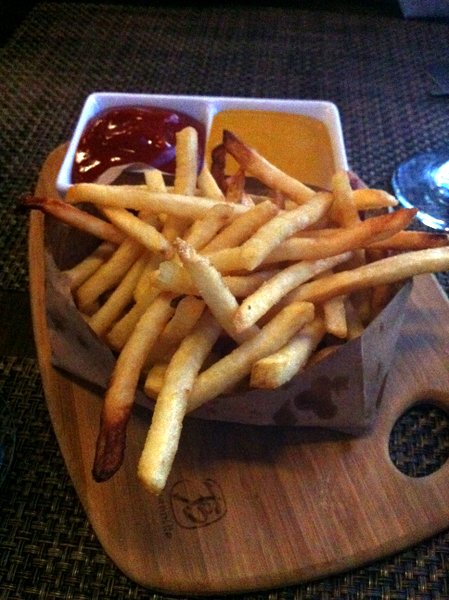 Next, we tackled the sliders, both the classic mini cheeseburgers and the PB&J Sliders. The traditional sliders were tasty, but the PB&J Sliders were the standouts here. I assumed that they would be peanut butter and jelly sandwiches that were slider-sized, but they were actually burgers (yes, with beef patties!) topped with peanut butter, bacon and blackberry habanero jam. They were absolutely delicious – and very unexpected, which is exactly the sort of experience you hope to have when you go into a gastropub. I was glad our server recommended them so highly. I will say that Rob wasn’t quite as taken with them as I was, but I’m a bigger PB&J fan than he is in general (he prefers PB & honey).

They had some special fries on the “recess” menu, but we opted for an order of the Brown Bag Fries from the regular menu. Not only were they cheaper (and served with addictive mustard bbq sauce and sriracha ketchup), but they were highly recommended when we checked out reviews before pulling in. Definitely well done. 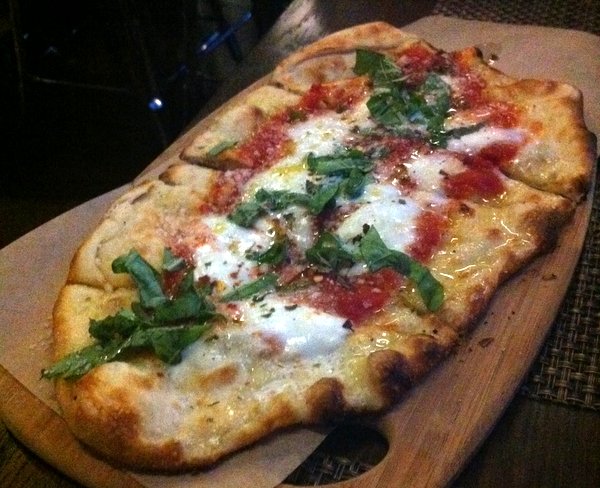 The table next to us got a couple of pizzas that looked quite good, since the restaurant has a woodfire pizza oven. We tried the Margherita pizza, which was fresh – but probably not as good as we would expect to get at a restaurant that actually specializes in pizza. The crust was actually quite good, though it did get a bit soggy fairly quickly after it was served. 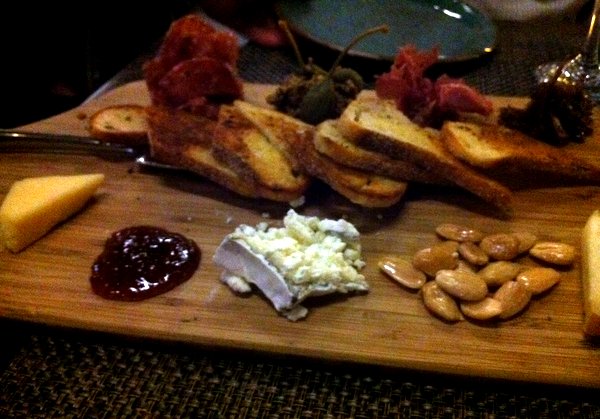 We had a seat on the bar patio outside and it was a beautiful evening, so instead of heading home after our initial snacks, we decided to stuff ourselves with Public School’s cheeseboard. Crisp toast, three cheeses, two meats, marcona almonds, fresh fig jam, whole caper berries and plenty of gherkins. I don’t honestly remember what everything was, but it was all delicious. We also felt that the plate was pretty generously sized for the price, especially considering the very skimpy cheeseboards that we’ve had (at VERY inflated prices) at some other upscale pub-style restaurants lately. Yes, we did order way too much food, but it all turned out to be worth it in the end. We would probably go back for just the sliders and the cheeseboard – though I have a feeling that some of the other tempting happy hour items would make their way onto our table just so we could give them a try. Definitely a good option for dining out in Westlake Village.