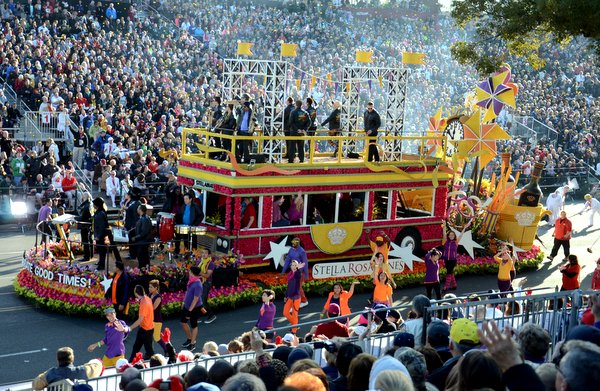 The Tournament of Roses Rose Parade is held every year on January 1st, rain or shine. Since it’s held in Pasadena, California, the sun is shining more often than not and the more than 1 million people who flock to the city to line the 5 1/2 mile parade route are treated to a great show and beautiful weather. When I was a kid, my family would go to the parade just about every single year. My mom worked for a local company that sponsored a float in the parade, and we would not only get to watch it head down the route from a great seat in the bleachers at the start of the route, but I would usually volunteer to work on the float and help apply the finishing touches of flowers and bark in the weeks leading up to the event.

It has probably been about 15 years since I last went to the parade, and I jumped at the chance to go to the 125th Rose Parade when I was offered tickets by a friend. 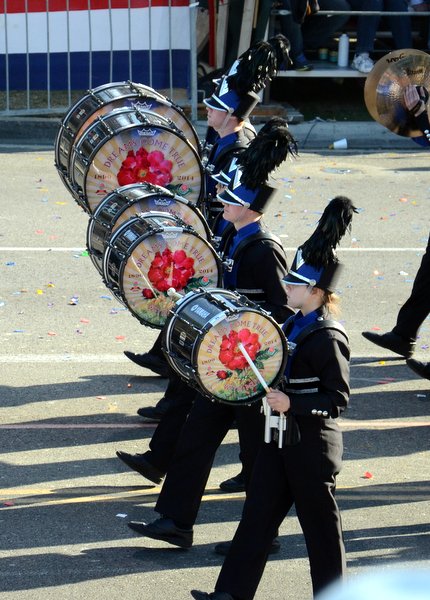 I had a general idea of what to expect, since I had been so many times. I was prepared for the nightmarish traffic as a crazy number of people all try to funnel into Pasadena at once. I was prepared for the crowds walking up Colorado Blvd to their seats. But I was looking forward to seeing all the bands, floats and equestrian groups as they headed down the parade route.

The parade starts on Orange Grove and, almost immediately, turns down Colorado Blvd. The majority of the TV cameras and newscasters are on Orange Grove, and the floats all stop in front of the cameras so they can get a good look – especially if they have special animation, singers or dancers on the float to give a performance. Several bands also stopped for a quick performance, as did some of the other groups in the parade. I was sitting just across from all the cameras, which meant that I probably (along with the rest of the crowd!) managed to sneak in to a camera shot here and there. It also meant that I missed out on some of these kick-off performances because they were aimed towards the camera side of the street. That didn’t matter one bit – because it was amazing anyway. 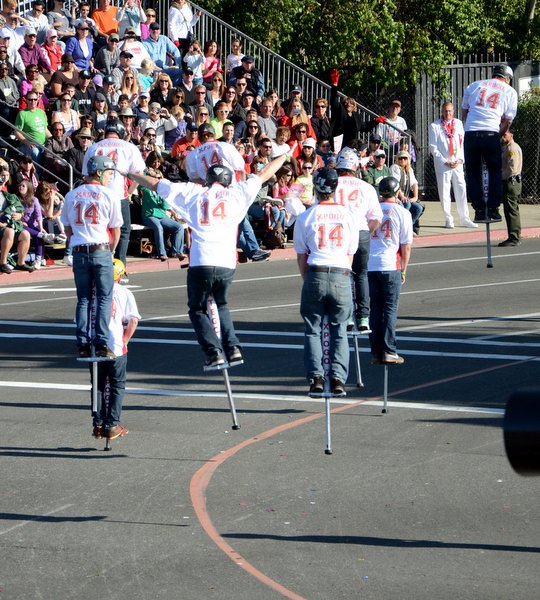 The biggest change that I noted from my previous trips to the parade was with the floats. The designs have always been good, but there is so much more animation and every entry is significantly more engaging than it used to be. I remembered seeing a handful of animated floats in a sea of stationary floats, with people standing on each and waving to the crowd here and there. Now, almost every single float had multiple moving parts, singers, dancers and even some costumed performers. It was a lot more exciting to watch because all of those elements got the crowd revved up and cheering. It also made attending the parade start to seem a lot more compelling than just watching it on TV. 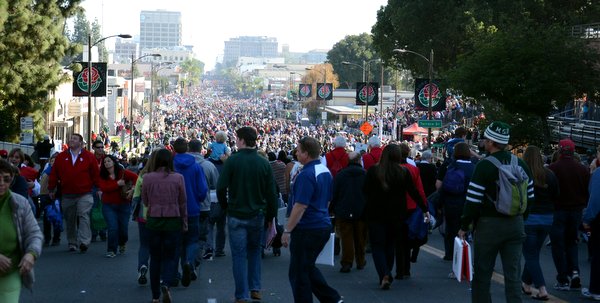 Wordless Wednesday: The World’s Largest Gin Selection
This is what the world's largest gin selection (plus a…