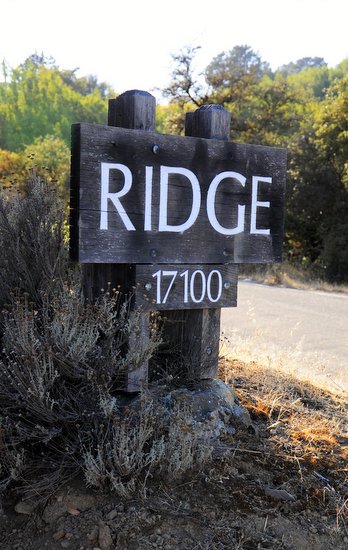 Ridge Vineyards is, as the name suggests, up on top of a ridge in the Santa Cruz mountains. It’s part of the Santa Cruz AVA and is best known for taking part in the 1976 Judgment of Paris wine tasting, where it joined several other California wines in performing exceptionally well against French competitors. But that wasn’t a one-off performance (although there were plenty of French wine experts who thought it might be): their wine took first place when they re-tasted the wines from the original Judgement of Paris event on the 30th anniversary of the first tasting. Ridge was founded in 1960, but the land that it sits on has a much longer history with wine that dates back to the late 1800s, when it was settled by an Italian immigrant who saw the wine-making potential of the land.

Ridge is a very easy drive from San Jose, but it really is on top of a ridge and the road to get up there is quite steep. Drive carefully, as it’s a one-lane road for much of the way and the hairpin turns make it hard to see who might be coming in the opposite direction. But the drive is well worth it because the view from the winery is spectacular and you can see all of Silicon Valley. 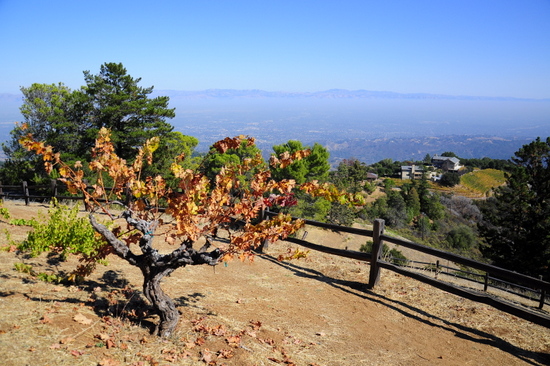 There is a nice picnic area out in front, where you can bring up your own snacks and lunches to enjoy with a bottle of wine. The winery is in the same building that it has been in for decades, though it has served as a barn and a crush room where it now serves as a tasting room and event space. You can see a lot of the original character of the building and some historic photos really let you see how the space used to be used. 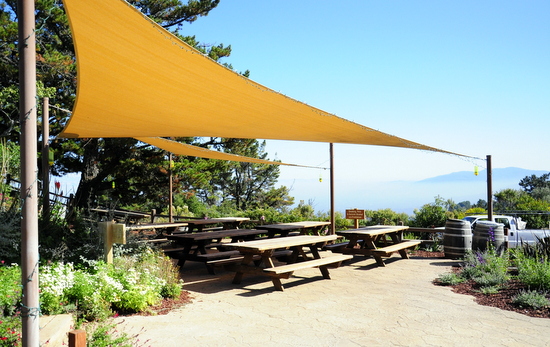 The Monte Bello tasting room is open to the public on the weekends, but we were visiting on a weekday, which meant that we had to make an appointment for an Estate tasting and tour. This option is a little more expensive than the regular weekend tasting (they offer it on the weekends, too), but it is WELL worth it because of the wines you get to taste and the amount of information about the winery and the wines that you get on the tour. The tasting is semi-private, so you might get a couple of additional people in it with you if you are visiting during the busy season, but we had it all to ourselves. We tasted five single-estate wines and had a delicious selection of local cheeses and bread to pair with them. 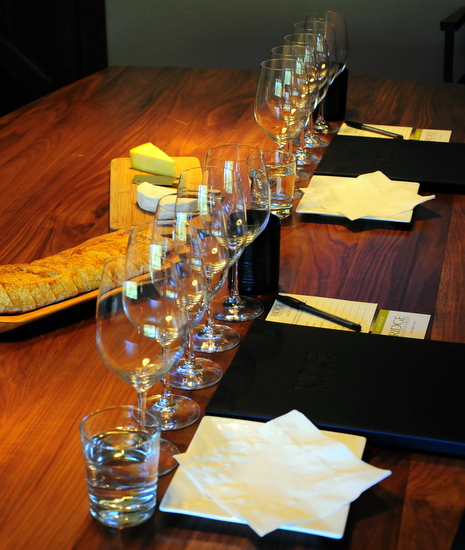 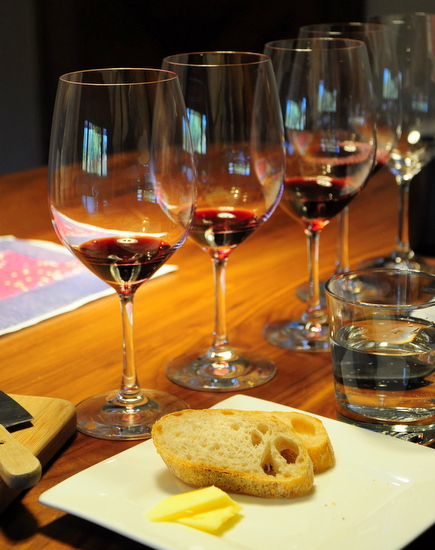 We tasted 2011 East Bench Zinfandel and 2011 Lytton Springs Zinfandel, both of which come from the winery’s Sonoma county properties. We also tasted three Monte Bello estate wines: 2009 Torre Merlot, 2010 Estate Cabernet Sauvignon and 2010 Monte Bello. The wines were all outstanding – but we were especially impressed with the detailed fact sheets that came with every bottle. They listed rainfall, soil conditions, the age of the vines in the vineyard, harvest dates and so much more. Yes, it is probably more information than you need to determine if you like the wine or not, but we LOVE that kind of stuff and getting that amount of detail was just fantastic.

After the tasting, we headed out into the vineyard. They are organically certified here and we learned a little bit about how they manage their vines and what that entails. They’re also very minimally involved with the vines to get as much natural character out of the grapes as possible. Harvest was over for the season, but we were able to spot a few grape clusters here and there that didn’t make it into the bottle and were able to do a little taste testing between merlot and cabernet grapes as we walked around. 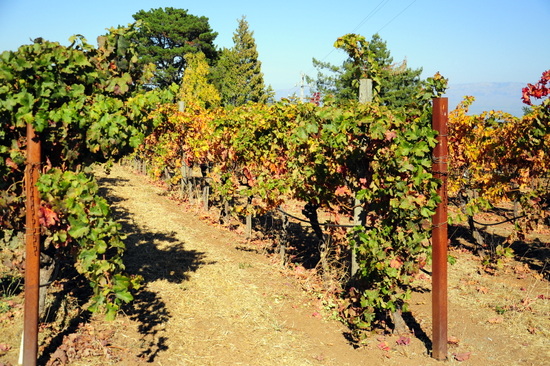 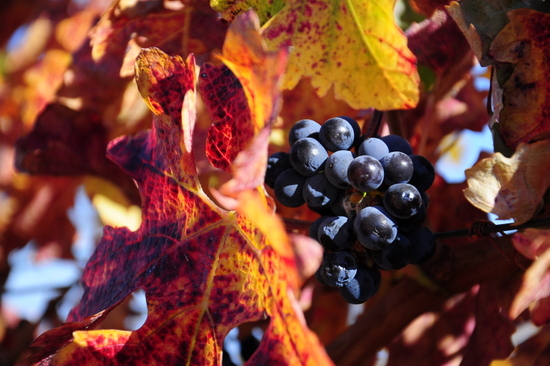 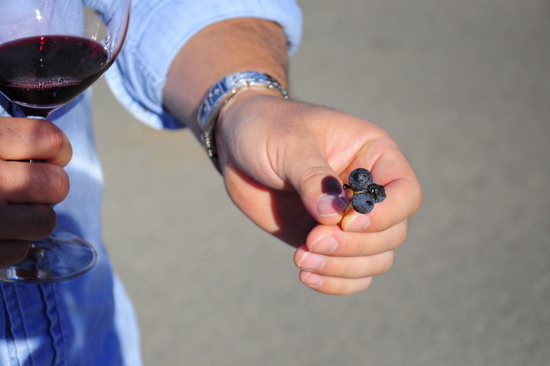 The tasting at Ridge was a fantastic experience, both because of the quality of the tour and the quality of the wines. The amazing view was just a bonus. Fortunately for us, we have a few friends who live in the area and that will give us an excuse to visit again the next time we’re in town. 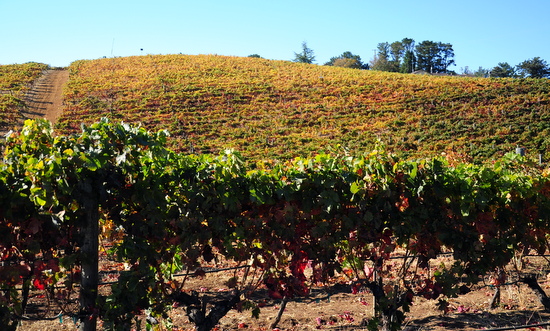 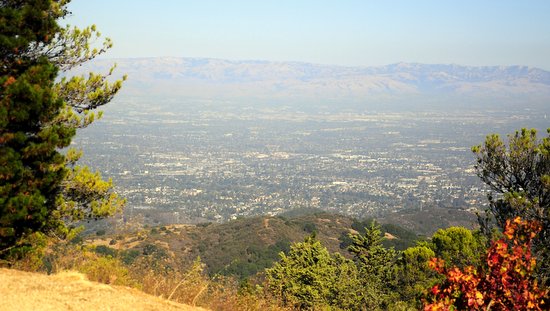 The Oinkster, Eagle Rock, California
Eagle Rock is a small town that sits outside of…

Spain and Andalucia, Day 9: Tarifa and Seville
Our hotel in Tarifa, Hotel Dos Mares, had the most…
There is 1 comment for this article