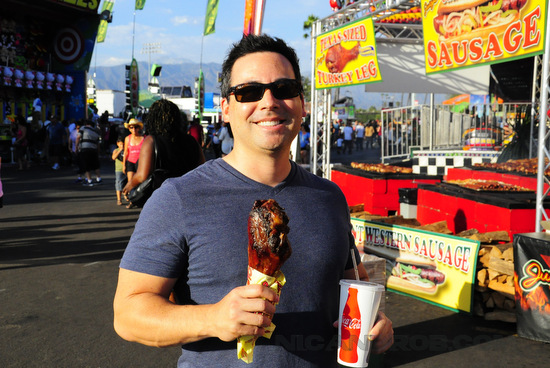 The county fair – and it doesn’t matter which county fair you are at – is a place where you can take a turn on a ferris wheel, walk through a haunted house, pet some animals and generally have some good, old-fashioned fun. It is also known as a haven for unhealthy foods, which are a little less old fashioned these days. When we were kids, dinner at the fair consisted of lots of barbecue, chicken and hot dogs. Dessert was usually a scoop of ice cream, some cotton candy or – if we were good – a funnel cake. The funnel cake was the best option, since it was one of those foods that you could really only get at the fair.

It must have been the popularity of the funnel cake that started fair food into a downward spiral of deep fried everything. Twinkies, Oreos, Snickers and whole slices of cheesecake are fair game. Most recently, we saw signs for deep fried pickles, deep fried Coca Cola (which uses a Coke-flavored batter, not a whole can of soda) and even deep fried watermelon. Fresh watermelon is the opposite of deep fried, so the combination of batter, a fryer and watermelon might very well be a sign of a deep fried apocalypse.

But despite an ever-increasing number of deep fried items, the thing we really noticed was the number of supersized foods available at the fair in the past few years. Two foot long corn dogs (yes, they’re fried), two foot long sausages as thick as a baseball bat, four pound hamburgers, one cubic foot of french fries and giant turkey legs. We no longer wonder what deep fried such-and-such will taste like. Instead, we wonder how anybody can consume a sausage the size of their leg.

And we wonder if we should try, since clearly the fair’s food court is all about excess.

I fought for the giant corndog, but we opted for the giant turkey leg (called a Dinosaur Turkey Leg at one vendor and Texas Turkey Leg at another; at least 8 different vendors stocked them), which was the healthiest and probably most photogenic of the options. It weighed about  5 pounds (it just looks slightly smaller compared to Rob in the picture). 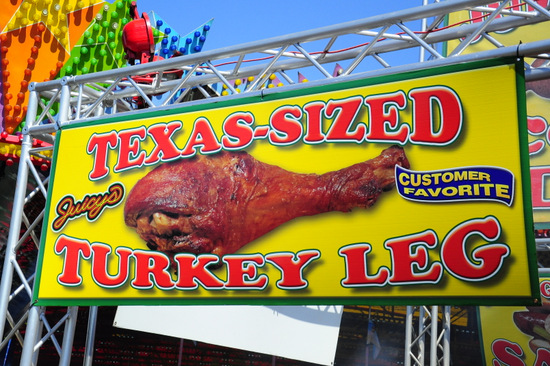 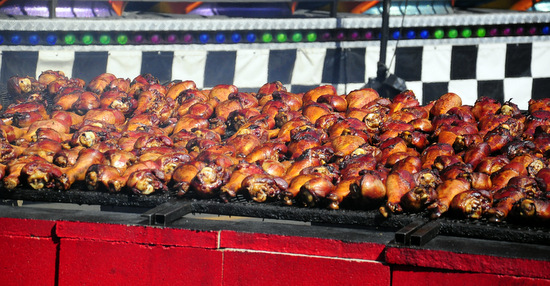 It was surprisingly good, with a great smokey color and flavor to it, most likely from the long grilling process. The marinade brushed over it was flavorful, as well, but a good portion of that 5 pounds was bone the supported the meat, so this super size option delivered a fairly reasonable meal, though a generous one that was enough for two of us to split.

We saw plenty of people tackling the super sized fare in ones and twos, and we had to wonder about how many of them finished their portions – or if they, like us, were in in for the novelty. We didn’t see the same kinds of lines at the fried food vendors, but they probably still rule the sweets scene at the fair since super sized desserts haven’t quite caught up to the super sized savories. 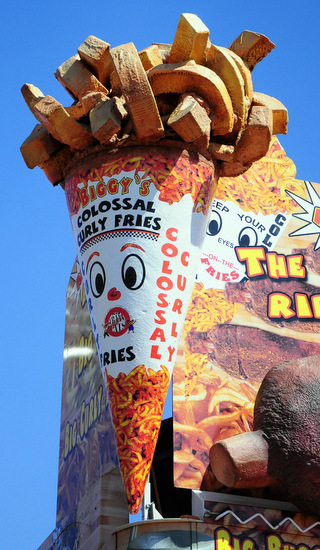 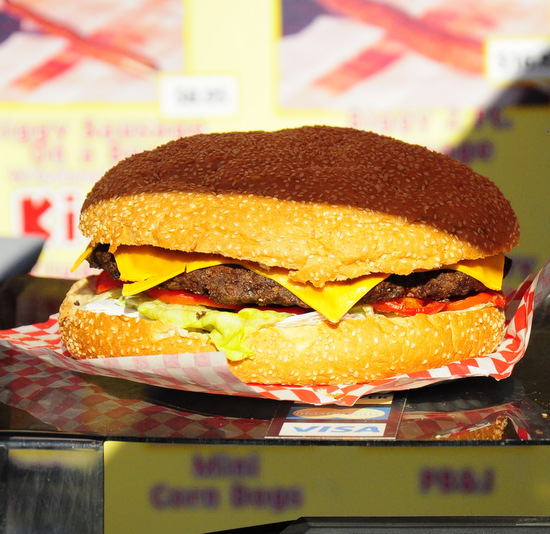 Ramen Yamadaya, Sherman Oaks, CA
We've been to a lot of ramen shops in LA…

Wine Tasting Dinner at RoxyAnn Winery, Rogue Valley, Oregon
As a Californian, I tend to gravitate towards California wines.…

Public School 805, Westlake Village, CA
Gastropubs are definitely a trend and they have been for…