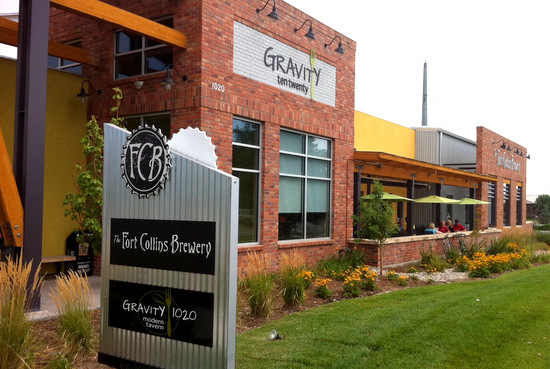 Visiting a brewery is a must-do when you’re in Fort Collins. It’s a beer town and everyone loves the local brews. A brewery tour is a great way to get a sense of what a brewery is all about – especially when, like the local places here, they are staffed with people who are passionate about their products. But unfortunately, it’s not always possible to take a brewery tour when you’re in town. When we visited on this last trip, we arrived mid-week, were pressed for time and The Fort Collins Brewery only gives tours on Saturdays. So, we did the next best thing and headed to the restaurant attached to the brewery to sample some of their offerings and have lunch.

Gravity 1020 is a “modern tavern,” a.k.a. a gastropub, attached to FCB. They have a great menu that consists mostly of generously sized bar snacks/appetizers and sandwiches, although they have some big plate options, too. Most of the dishes are made with the beers produce at FCB – and any that aren’t definitely pair well with them. 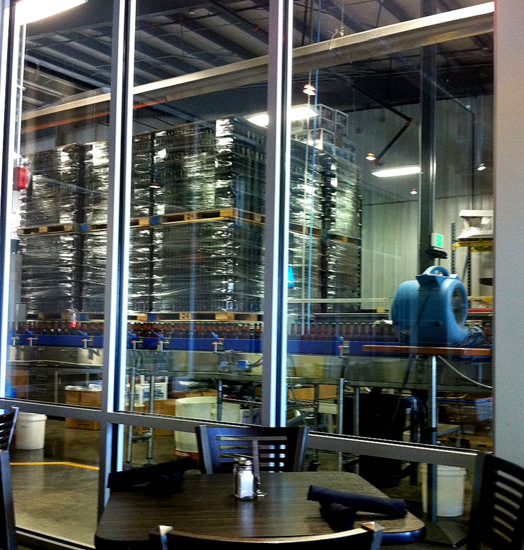 The dining room is big and airy, with a glass wall giving you a great look into to factory along one side of the room. You can watch the beer being labeled and moving along the assembly line while you eat – which is a good way of getting a peek inside the brewery if you’re not actually on a tour! There is plenty of seating, but the place filled up quickly even on the Thursday that we were there. 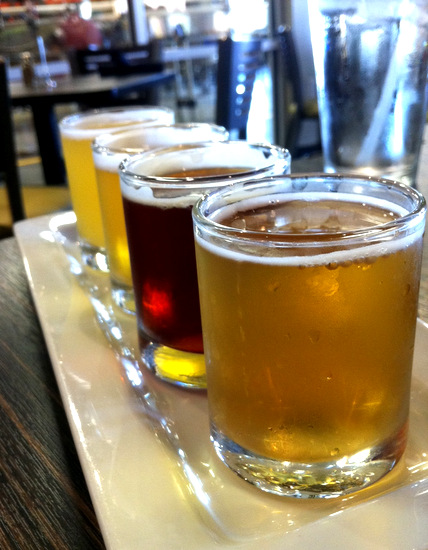 Naturally, we started with a little beer. Four 3-oz pours of beer to be exact. This is a tasting flight that allows you to pick out any four FCB beers. It’s a bargain at $4 and it is the perfect place to start if you don’t know what you want to drink or want to sample multiple beers without getting sloshed at lunch. I chose Major Tom’s American Wheat, which was recommended by a local friend, Red Banshee, Wit and Wild and Basil Wheat, a basil-infused beer. My favorite was the Wit and Wild, an unfiltered beer with a creamy mouthfeel and a very citrusy flavor. It was easy to drink and had a great consistency. I also liked the basil beer, which had a very summery feel to it, although it turned out to be a terrible pairing for the foods we picked out (it would be better with tomatoes and italian foods, I think, if you’re going to try to pair it). 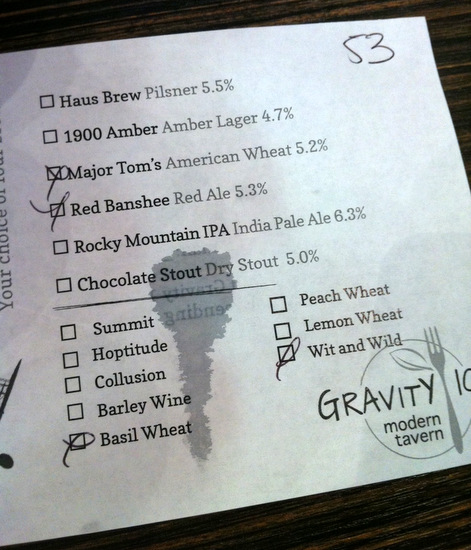 We both had sandwiches, a Cubano made with Red Banshee braised pulled pork and a Colorado buffalo cheesesteak, since it seems we always have to have buffalo at least once when we’re in Colorado. Both were delicious and the buffalo cheesesteak was particularly good. I wouldn’t mind seeing that on the menu at more cheesesteak places!

We also had a side of poutine, a dish we learned to love in Montreal that is served here with Chocolate Stout mushroom gravy and cheddar cheese curds. It was a little different than the classic version, which is topped with large, “squeaky” cheese curds while this cheese was broiled, but it was savory, indulgent and definitely satisfied our craving for poutine for a while. We’ll be back to sample more from the menu the next time we visit – and hopefully it will be on a weekend when we can fit in a brewery tour, too.