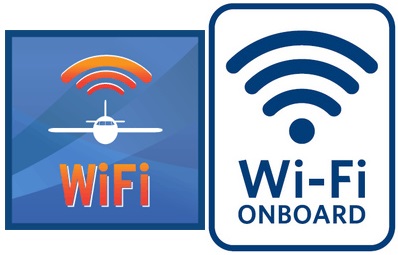 WiFi access is becoming the standard on airplanes, meaning that people can work, chat and watch cat videos even at 35,000 feet when it was virtually unheard of just a few short years ago. But that wifi access isn’t as cheap as it is as the local coffee shop. Airlines are charging for wifi and the rates can vary dramatically from carrier to carrier.

Most domestic airlines use Gogo Air, a service that handles wifi so the airline won’t have to. This means that you’ll be paying the same rate on all participating carriers and that you can use your pass on multiple airlines. The benefit is that frequent travelers can buy a monthly subscription that will save them from buying single passes over and over again. Rates are currently $2 for 30 minutes, $14 for a 24-hour pass on a single airline and $49.95 for an unlimited monthly subscription. Airlines currently working with Gogo include:

One independent domestic player is Southwest, which offers wifi for $8 for an all day pass. JetBlue is in the process of upgrading their Wifi options, but has taken an independent route, as well.

Gogo specializes in domestic wifi because they don’t (currently, anyway) used a satellite based system and their service doesn’t work out over the ocean. Not to worry, however, because the majority of International carriers offer their own onboard wifi systems that you can use. One provider is Row 44, which offers satellite-based wifi that can be used anywhere in the world. Southwest and Allegiant Air are two of their domestic partners. Iceland Air and Norwegian Air are two international carriers that currently work with them. Rates and services vary by carrier, unlike with Gogo.

Another international provider is OnAir, which offers an extensive worldwide network and is in use on Aeroflot, British Airways, Emirates and Singapore Airlines. Some international carriers have their own onboard systems, like Lufthansa. Rates and services vary widely, but for a long flight even a pricy internet purchase can be worth it – especially if your plane is equipped with outlets and/or USBs for charging your devices.

How to Choose an Air Travel Search Site
When we're planning to take a trip, the first thing…

5 Ways to Kill Time When Stuck in an Airport
Winter weather makes for very unpredictable travel conditions. Sometimes you…