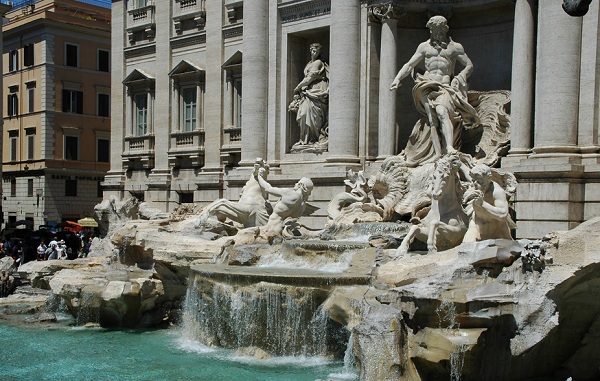 The restoration of historic landmarks is often undertaken by local or national governments, who want to preserve pieces of their history and keep tourist attractions looking attractive to tourists. But restoration is often a costly undertaking and the return on it is something that is measured over many years, and is rarely a direct infusion of cash back into the government’s bank account. As a result, private sponsorship of such restoration projects is becoming much more common. The paint company Sherwin-Williams recently sponsored a restoration of LA’s iconic Hollywood Sign, for instance. In Rome, however, larger projects are underway. The landmark Trevi Fountain is getting a $2.9 million restoration courtesy of the fashion house Fendi. The restoration will involve giving the travertine and marble statues a deep cleaning, replacing worn gilded details and re-waterproofing the main basin. The work will be carried out in stages to avoid blocking off the whole fountain for any length of time. Fendi is also spending another $430,000 are being spent to provide a similar restoration to another Roman fountain, the Quattro Fontane.

And Fendi aren’t the only ones joining in. The founder of the Tod’s footwear company is sponsoring a $34 million restoration of Rome’s ancient Colosseum. The cash-strapped government doesn’t have the money to spend on such projects, even though they are such a vital part of Italy’s history and a large draw for tourists, so such donations are a real boon to the community and the country.

The restoration of the Trevi is expected to last until 2015. They will be working on the fountain in sections, and putting up screens bearing the image of the complete fountain to help visitors enjoy the full sight of it (and get better pictures) while construction is under way.