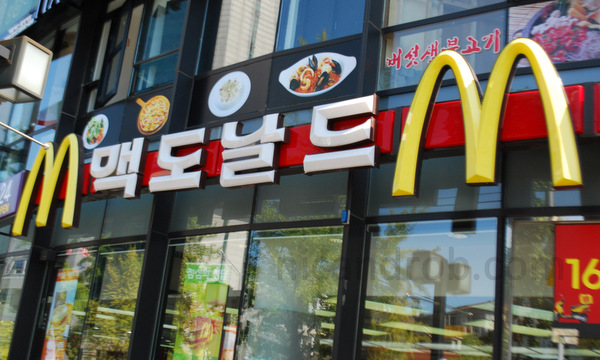 In light of how much eating we do, it sometimes comes as a surprise to people that we also like to poke our heads into fast food restaurants when we’re in different countries to see what is on the menu. You might think that, with so many “local” options, we wouldn’t want to waste our time – but, frequently, we find something interesting (and tasty) while we’re there.

Fast food chains in the US are so ubiquitous and so standardized that you know that you will find the same cheeseburger at McDonalds in California, Minnesota and Florida. And even if you don’t stop by KFC every weekend for a bucket of chicken, you still have a general idea of what their fried chicken drumsticks and breast pieces look like. Even if we don’t eat it all the time, we know what fast food from any given chain is – and the fact that these places don’t serve the same food in other countries is kind of a benchmark for how different another country is from our own. In other words, the degree to which the fast food restaurant has incorporated local or otherwise “unusual” menu items is an easy benchmark for cultural differences. And everyone can relate to it, so a stop into a McDonalds or Starbucks in China can usually make for a good story back home.

McDonalds is usually our favorite option – and we will admit that it is because sometimes you just want a few french fries (especially after a few days of poorly seasoned food). In Southern Spain, we found that McDonalds offered gazpacho on the menu. In Paris, we found out that the burgers are bigger and much, much tastier than the burgers at home. In Seoul, South Korea, we discovered that McDonalds restaurants offer delivery service via scooter, so you can get your Bulgogi Burger delivered right to your door.

Speaking of Seoul, we also visited a KFC there one evening and, while the fried chicken tasted very familiar, the pieces of chicken were cut so differently than the pieces at home that we could not recognize what part of the chicken we were eating. I will admit that there was one piece I wasn’t sure how to eat, since there were so many bony parts to it. It didn’t seem to be particularly low quality chicken, just cut up completely at random.

These aren’t the best meals of our trip in terms of quality (although the burgers in Paris McDonalds were quite good and seemed to be extremely popular), but they always make for some fun memories – good and bad – even if they are just fast food. 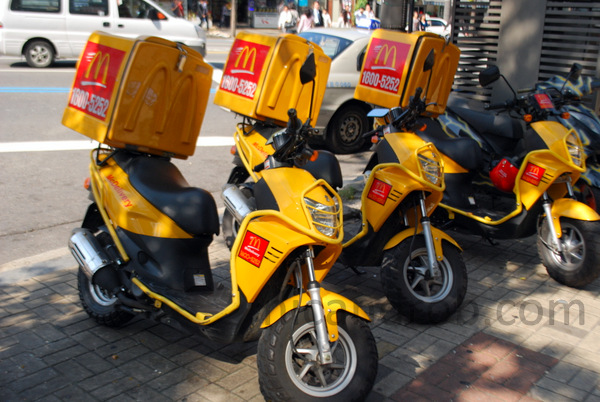 King’s Hawaiian, Torrance, CA
Rob and I are huge fans of Hawaiian food, but…

Wine Tasting Dinner at RoxyAnn Winery, Rogue Valley, Oregon
As a Californian, I tend to gravitate towards California wines.…

Hotel Sax, Chicago, IL – reviewed
Chicago is a town full of great hotels, many of…
There is 1 comment for this article