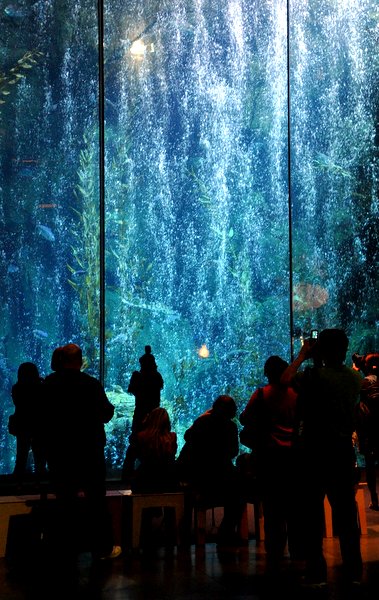 It was a complete fluke that we ended up with tickets to Photographers Night at The Aquarium of the Pacific, in Long Beach, CA. The event happens one night a year and we just-so-happened to be perusing the website a few days beforehand, commenting that we should visit soon. Photography Night is a special event where the aquarium closes a bit early, but stays open and leaves the lights on so that photographers can come in and shoot away. You can take pictures during normal aquarium hours, but there are a few things that make this event special: 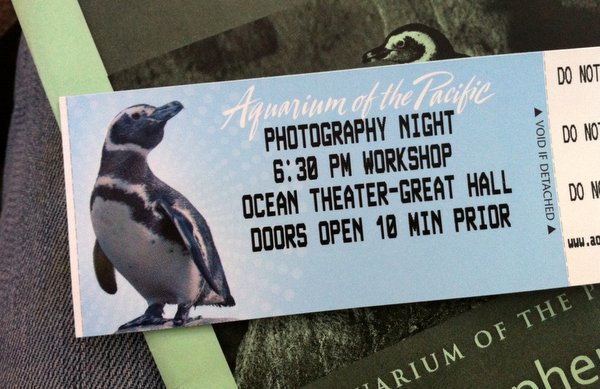 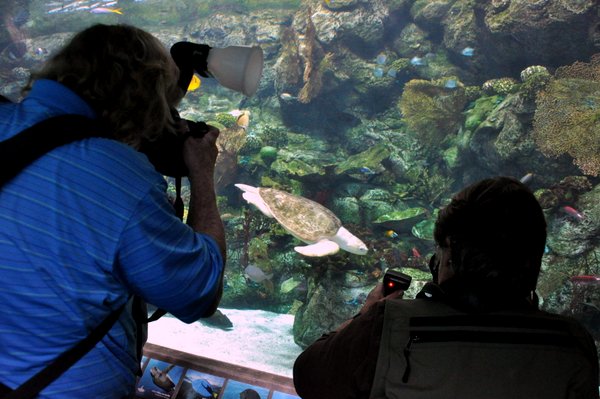 This event was sponsored by Canon, so their reps were teaching the workshops and did a great job. There were definitely unique elements – such as an underwater photography class that you probably won’t find too many other places! Tamron and Sony were also on-site, and all three camera companies had lenses and other equipment (including camera bodies) that you could try/rent FOR FREE for the night.

Nicole rented one, but opted to shoot with one of the lenses she already had.

We snagged tickets for the 6:30 entrance (the event went from 5:30-10pm), since the earlier entrance time was sold out. It started out with a brief intro class that gave you an overview of the other classes, the rules (no scratching the acrylic tanks, for instance) and reminders of the few exhibits where flashes were prohibited. They also gave some very helpful tips on what settings you might want to try to get the best photos. We found this to be hugely useful, as neither of us had ever tried to shooting in an aquarium setting before.

We ended up relying on the following few points, primarily: 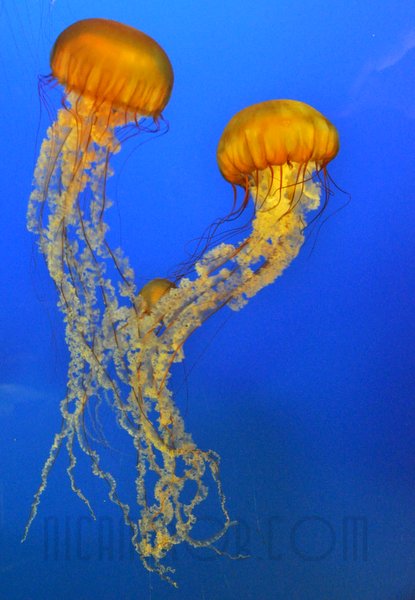 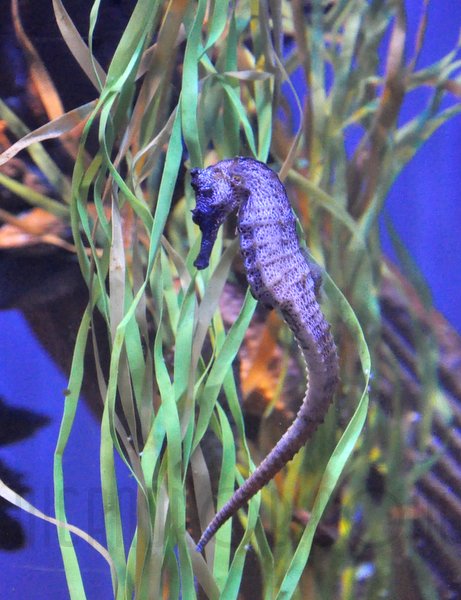 Wandering around and looking at the exhibits with no crowds was the best part of the night – the photography aspect was icing on the cake, as far as we were concerned. We really liked the jellies and Nicole loved the sea horses. The most fun part, however, was the shark tank. The sharks were outside, in near total darkness. Fortunately, some photographers had set up a series of strobe flashes and let us try out their wireless flash transmitter so we could get some shots! We were almost shooting blind, as the camera had to be on manual and it was very difficult to find the still-moving sharks in the dark tank to focus before taking the shot. There are lots of out-takes, but the shots that came out were amazing. It’s equipment that we never would have gone out to buy on our own and it was amazing to be able to try it out. 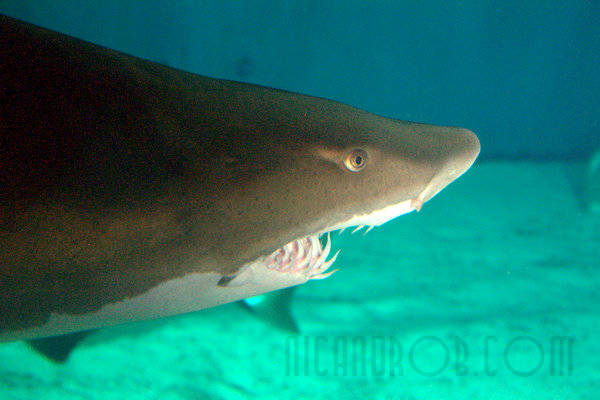 The touching pool with rays and small sharks adjacent to the big shark tank was also open, and it was pretty thrilling to give them a feel, too.

We had a great experience and will definitely go back the next time we see this pop up on the calendar! 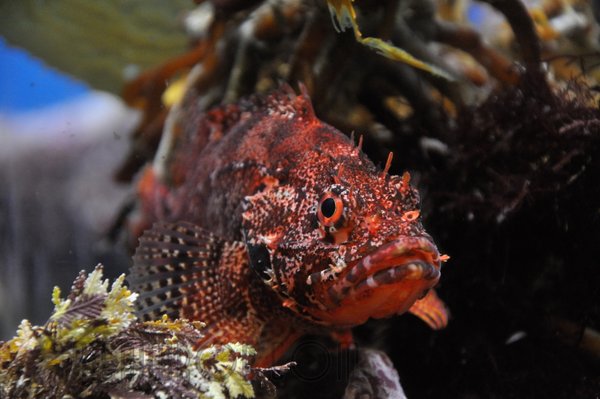 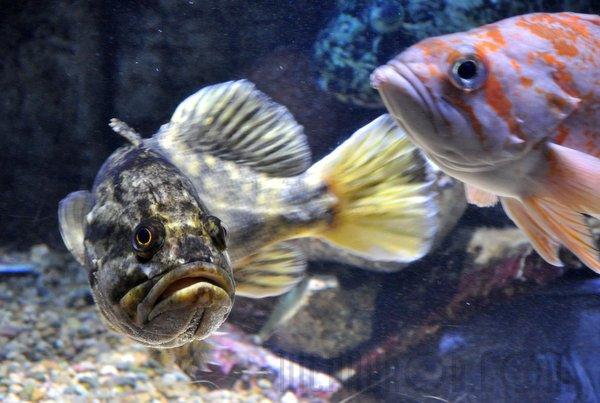 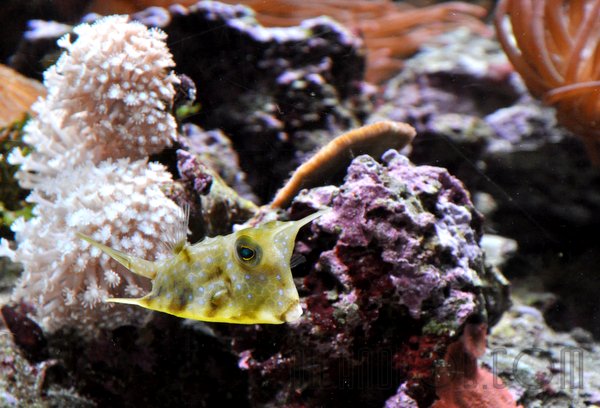 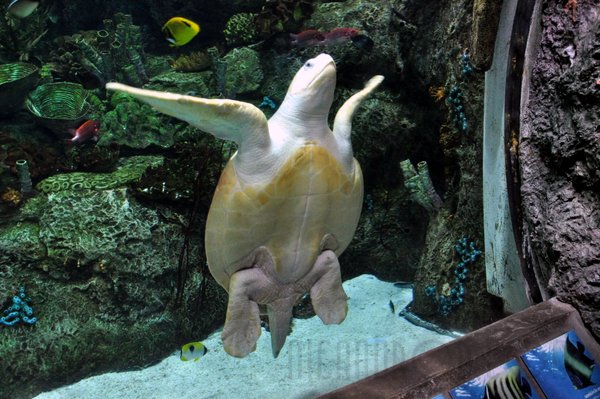 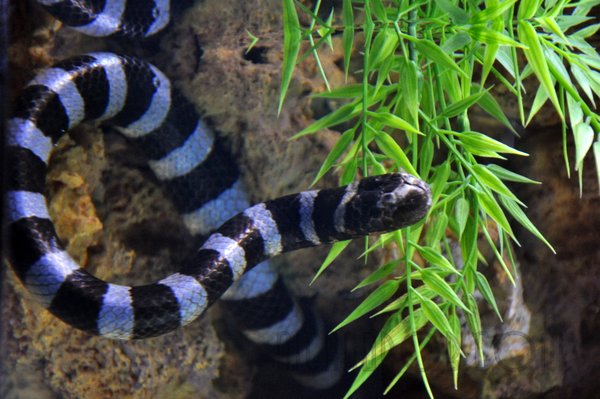 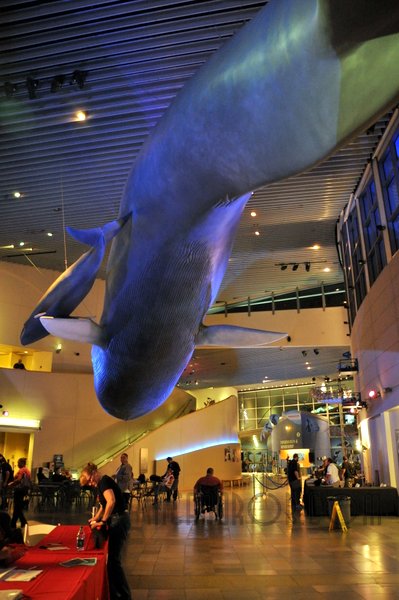 Spain and Andalucia, Day 7: Gibraltar
We packed up our things from the Parador in Ronda…

Wordless Wednesday: Las Vegas Strip, reflected
When we get a hotel room with a great view…

Fireworks over Sydney Harbour Bridge
An oldie, but a goodie. I took this photo with…
There is 1 comment for this article