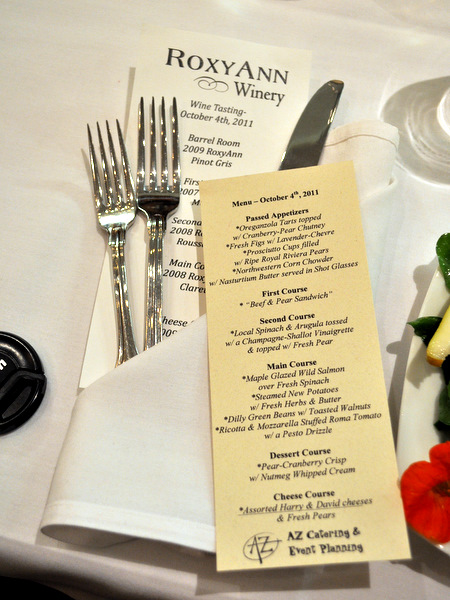 As a Californian, I tend to gravitate towards California wines. With that being said, I definitely have an open mind about wines from elsewhere in the country because there are all kinds of interesting wine growing regions throughout the US. While visiting the Harry & David headquarters in Medford, Oregon, I went to visit RoxyAnn Winery in the Rogue Valley for some wine tasting and dinner in their barrel room.

RoxyAnn is a small winery by the standards of many that I’ve visited in California, producing 15,000 cases annually of Claret, Pinot Gris, Merlot, Cabernet Sauvignon, Cabernet Franc, Tempranillo, Syrah, and Viognier. Although not a large winery, they are the largest in the Rogue Valley region of Southern Oregon and seem to be the loudest and best known proponent of Southern Oregon wines. I went with my group from Harry & David up to the winery – a beautiful, historic farmhouse – to enjoy a wine tasting and dinner in their barrel room. When we arrived, we were treated to a few appetizers and lots of Pinot Gris (one of their best sellers), as well as an introduction to the history of the winery, which opened in 2002. 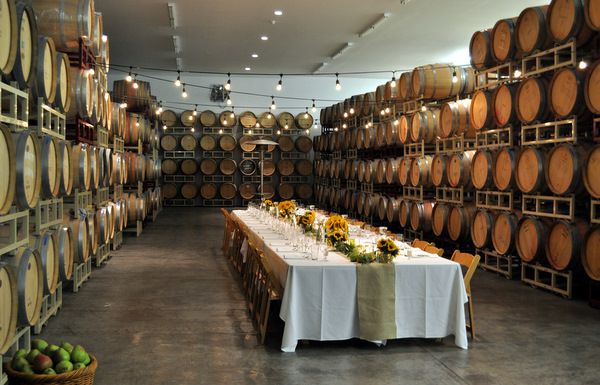 We started dinner with a Roussanne and a beautiful spinach salad that featured some of Harry & David’s freshly harvested pears. The roussanne was refreshing and crisp  – and since it was paired with such a simple salad, I thought back to the rainbow tasting I had at Kendall Jackson and was one again impressed that this wine matched the color of the foods it was paired with. 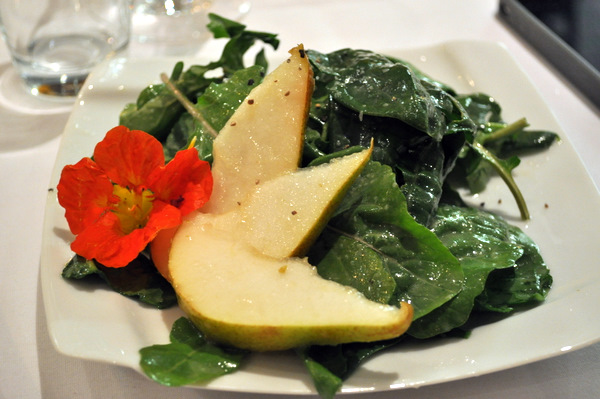 The second course was a spin on a Vietnamese Bahn Mi made with American waygu beef and pears, paired with a merlot. The beef on the sandwich was fantastic, but I have to admit that I think the ultra-fluffy french baguettes are the way to go for the bread on a bahn mi, rather than more rustic “artisan” baguettes that overwhelm the meat a bit. 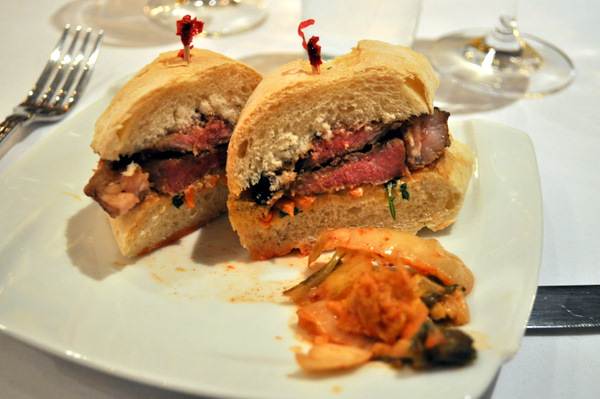 With our dinner, we each had two wine glasses. With four courses, along with the pinot gris that we drank as we munched through appetizers, we were encouraged to simply drink all of our wine before another glass was poured. The pours were generous (and of course the wine was good), but some members of the group were more than a little buzzed by the time we reached the third course, a fish dish I forgot to photograph that was paired with a very warm, slightly spicy Claret.

A Pear-Cranberry Crisp, made with more Harry & David pears, was served for dessert. We were also served a truly fantastic cheese course made with a selection of cheeses from Rogue Creamery and preserves from Harry & David. The Rogue Creamery cheeses are outstanding, particularly their award winning Rogue River Blue Cheese (which just started shipping!). 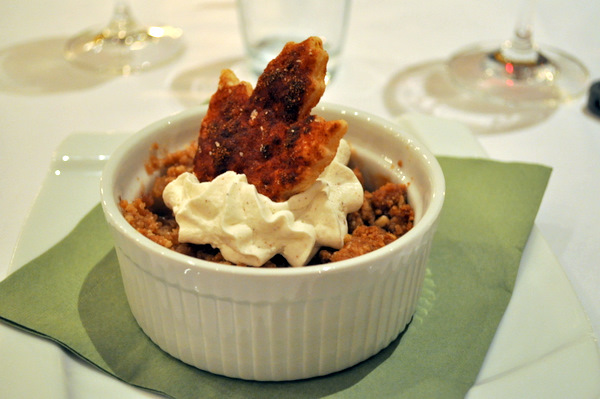 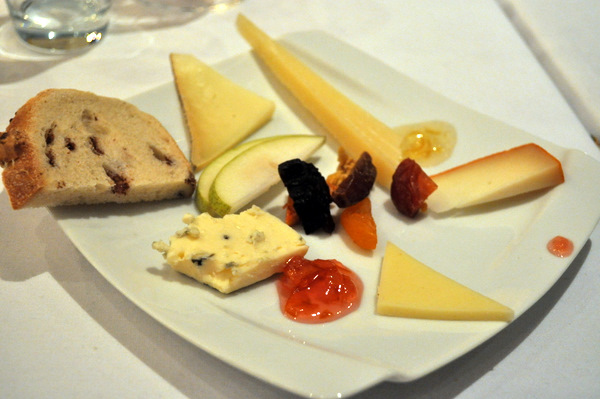 But as good as the cheeses were, I was just as excited to try RoxyAnn’s very first port wine. So new it’s not even listed on their website (but might be available in November, as I understand), the 2009 Petite Sirah Port was sweet and smooth, with a velvety texture and a finish that reminded me of the pears that were so well incorporated into the meal.

The Bun Truck, Los Angeles, California
Los Angeles is teeming with food trucks, and we have…