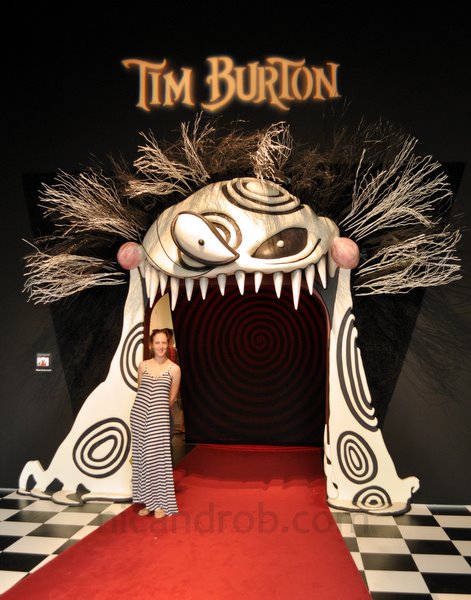 The Tim Burton Exhibition is a retrospective that explores “the full range of Tim Burton’s creative work, both as a film director and as an artist, illustrator, photographer, and writer” over the span of his life – up until this point, of course. Burton is a celebrated filmmaker and artist, but many of the more than 700 works presented in the exhibition have never before been seen. The art comes from Burton’s collection, private collections and, of course, from the archives of movie and animation studios where he did so much of his work.

Rob and I were excited for the exhibition to come to LACMA because we are fans of Burton’s, but to be entirely honest we had no idea what the exhibition would encompass. It had everything from childhood doodles to signs that won local (Burton is from Burbank) contests and were featured in public works campaigns. It had his early animations, applications and short films. There was plenty of memorabilia from every movie he has worked on and even more from movies that were either never fully developed or simply haven’t hit the screen yet. The collection was immense, full of life and color and animation. I’m not usually effusive about art exhibitions, but this one was very fun and left me (and others) feeling more creative simply for having seen it.

I wish that I could say that we had all kinds of amazing photos of the art from the exhibit, but LACMA doesn’t permit photos of their special ticketed exhibitions and I wasn’t going to try to get stealth pics with my dslr as we walked around. Besides, seeing the pieces in person is fantastic and I would definitely encourage anyone who is within range of LACMA to make a visit while the exhibition is in town. It will be on display until October 31st, 2011.

The rest of the photos we took are from the few parts of the exhibition where photography was allowed, and from some works that were outside on the LACMA grounds that you could interact with. The big display of plastic yellow noodles made us feel as though we were walking through a giant rack of freshly made pasta. 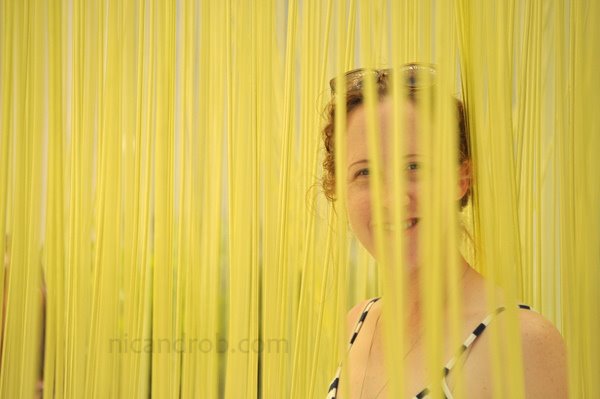 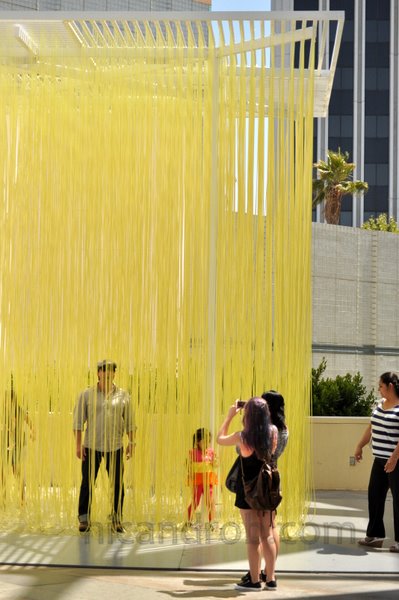 This topiary looks very Burton-esque to me! 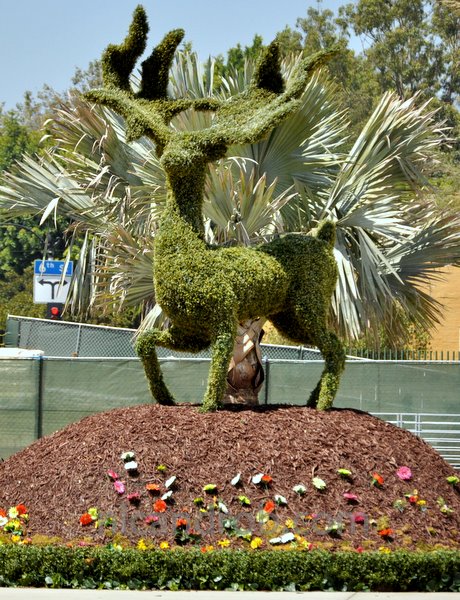 These striped creatures were the closing piece from the Tim Burton Exhibit. 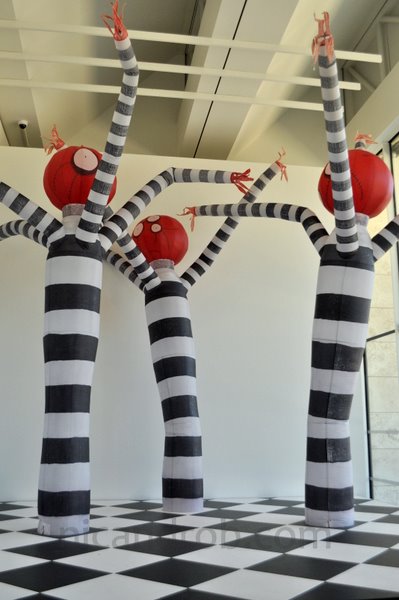 Landmark Photos: A Pose You Must Make at Diamond Head
There is something very satisfying about taking silly tourist photos…