Los Angeles is teeming with food trucks, and we have tried a lot of them. We’re not the type to stalk the trucks on twitter and prefer to catch up with the trucks when they happen to be at the same place we are. As a result, we haven’t hit all of the trucks that sound good yet (even though we’ve been to a lot). This also means that when I spot a truck that I want to try, we stop for it because we don’t know when we’ll get another chance. The Bun Truck is one of those trucks. They specialize in Asian fusion and serve their goods on steamed buns.

I am a huge fan of anything made with the fluffy, steamed dough that you find in bao and other buns – and these miniature sandwiches were no exception. The slightly sweet, soft bread was a great backdrop for the spicy, tender meat. It even managed to soak up some of the juices. As much as I like fusion tacos, I definitely enjoyed the way that the bun offered a whole new experience. 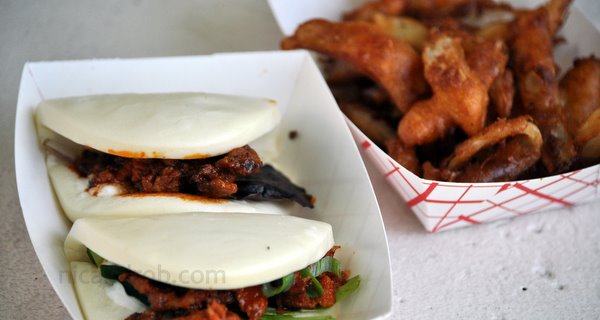 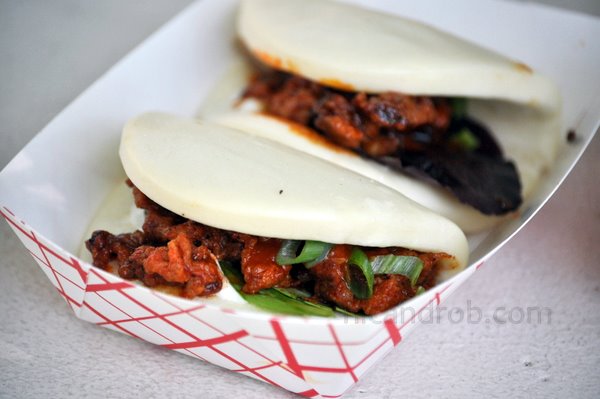 I turned up at the truck at the end of a lunch rush, so I wasn’t able to try everything on the menu. I opted for the Dweji Buns (my first choice anyway), which are made with spicy pork, scallions, mixed greens and tzatziki sauce and served on a fluffy bun. They have sandwiches on the menu, which feature the bun meat in pita bread. The pork was tender, flavorful and had a great spiciness to it. The bun countered the spicy sauce a bit, but I really liked getting a little heat in there! 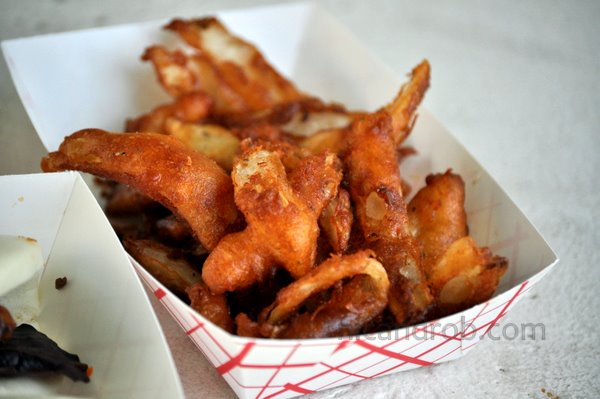 My side was tempura onion fries fried in duck fat. Easily the best onion rings I have ever eaten, hands down. They blew me away with the flavor of the duck fat, which can get greasy but was not here. The coating was light and crisp and the onions were perfectly tender. I could have eaten a double batch of these – no problem! They also fry their potato fries in duck fat and I’m sure that they are just as tasty.

I’ll keep my eyes out for the bun truck – not just for another bun, but for another go at those duck fat fries. 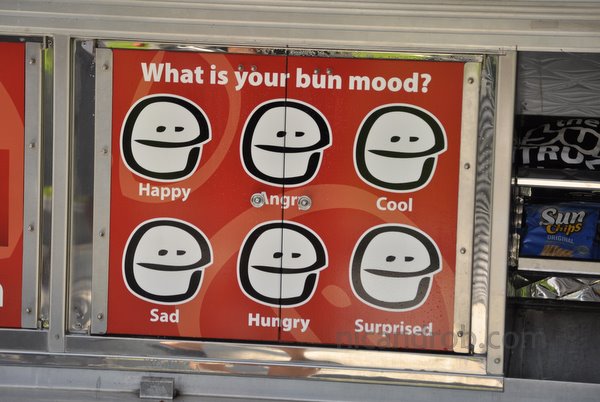 Father’s Office, Culver City, California
Father's Office is a gastropub with a bit of history…

Hotel Sax, Chicago, IL – reviewed
Chicago is a town full of great hotels, many of…