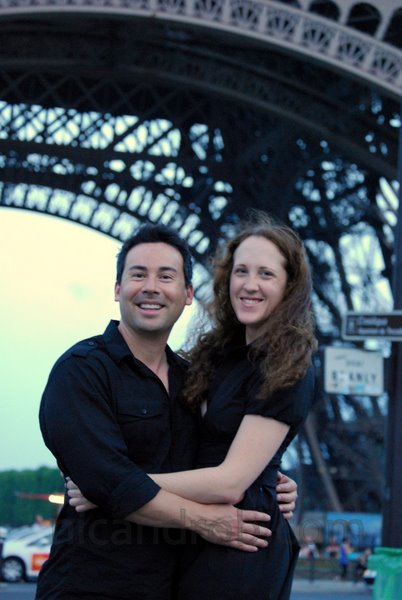 One of the biggest challenges of taking photos on a trip is getting someone to take a good photo of you and your family/friends/whoever you are traveling with. Rob and I often encounter this situation when we’re standing in front of a fantastic view or landmark and want a picture where we are both in the frame together. Sometimes, I’ll prop our camera on a nearby object an use the self-timer, but usually this isn’t an option and we have to ask someone to take a picture for us. We hate having to to this because it is very hard to get a good (or even decent) photo when handing your camera to someone else. I appreciate that they are willing to spare a moment to do it – and we are always more than happy to reciprocate! – but countless photos that we’ve had taken come out close to unsuable for a variety of reasons. This includes photos that are out of focus, where we are not in the frame (seriously), photos that are very badly framed, photos where the camera was moved or just photos where we happen to be blinking in the one and only shot they took.

I never want to tell someone that they’ve just taken a lousy picture, so if it doesn’t come out well I just smile an move on. That said, I have developed a few strategies to help other people take better pictures of us. It doesn’t take any longer on their part and we get a better result in the end.

Look for someone with a camera that is similar to, or better than, yours. I usually look for someone already shooting with a dslr so they are not intimidated by my camera. I also feel that the odds of someone stealing my camera in a foreign country are much slimmer if they have their own camera that is at least as expensive as yours is. One of our best results with this strategy is the photo at the top of this post, taken in Paris by a woman who had a very nice dslr of her own. Great composition, excellent result.

Have your camera ready to go with the settings you want to use.  This is especially important when you shoot with a dslr, since people tend to freak out about all the buttons. Turn the lens to approximate the focal length you want. Turn up the iso a bit to try to ensure a sharp picture. 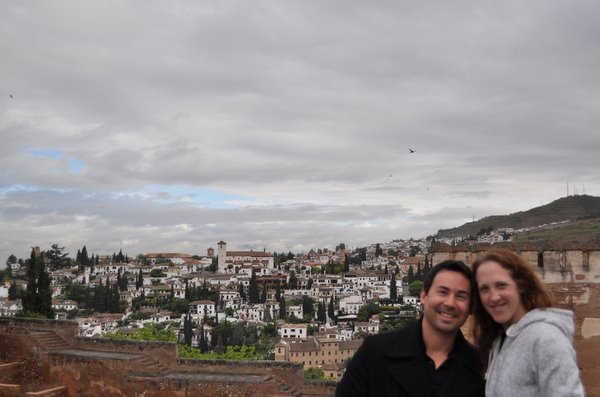 Stand near the point where you want the photo taken from. When you ask someone, make them approach you to take the camera. They’ll be more likely to stand in the same place you are while taking the shot, and you’ll be that much more likely to get the shot you want.The photo above is the result of people taking the photo from where I handed them the camera – not them coming to me. We are definitely not the focal point of this picture – and, in fact, are barely in it!

Strike a pose. You probably won’t know exactly when your photographer will hit the shutter. Stand where you think the lighting/view will be best, assume your most photogenic smile and don’t move until you have to. You don’t want to be the reason the photo comes out blurry! 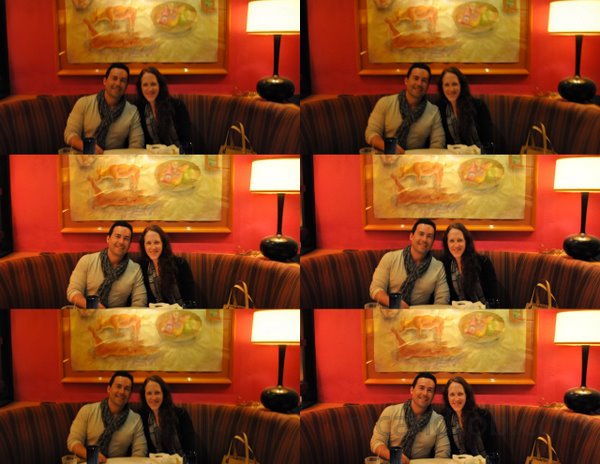 Use the burst mode. If your camera has a burst setting, where it will take multiple photos with one touch of a button, use it. When people take 10 photos, you increase your odds of getting a good one. This works out especially well in low light situations where it is very likely that you’ll get a blurry photo when only one is taken.

Always be optimistic. Unless a person looks so suspicious you don’t want to hand them your camera at all, take people up on their offer to take your photo. You never know when a photo will turn out well and even if the photo is terrible you might get a good story out of the experience. It definitely never hurts to try!

And if you are asked to take a photo for someone else? Take several shots, not just one. Take at least one close up (where you can see your subjects’ faces) and one wider (where you can see the scene). This is what the person taking the photos of us at the Louvre did in the photos below. Try to take the best photos you can and hopefully the favor will be returned at some point! 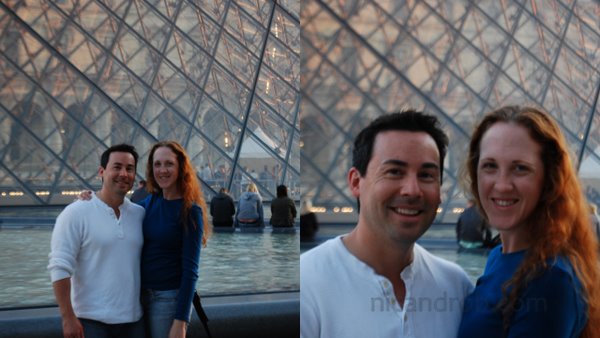 Wordless Wednesday: The Most Interesting Man in the World
They say his cereal never gets soggy. It sits there,…
There are 2 comments for this article