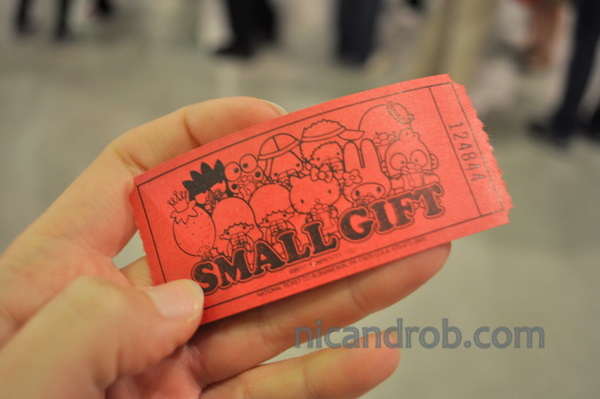 When we got an e-mail notifying us that the Sanrio Small Gift Tour would be setting up a pop-up store in Los Angeles, we knew that we would have to check it out. The store was set up at the Barker Hangar at the Santa Monica Airport, which is a great venue, and would feature limited edition toys, gifts, food and, of course, lots of Sanrio goodies. 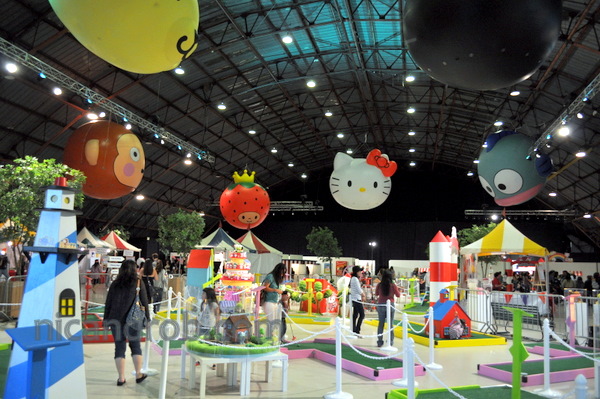 The overall setup was amazing. We didn’t know what to expect before we walked into the hangar, but there was a whole carnival set up inside! There were huge Sanrio balloons suspended from the ceiling, an elaborate mini golf course, a Hello Kitty ferris wheel and all kinds of carnival games and food. There was a good mix of people inside and many visitors had brought their kids, but there were definitely more “grown ups” than kids, all sporting their Sanrio gear and hopping from one display to the next. The games were definitely geared towards the kids, although everyone was interested in the special edition bags and other little prizes that you could win. 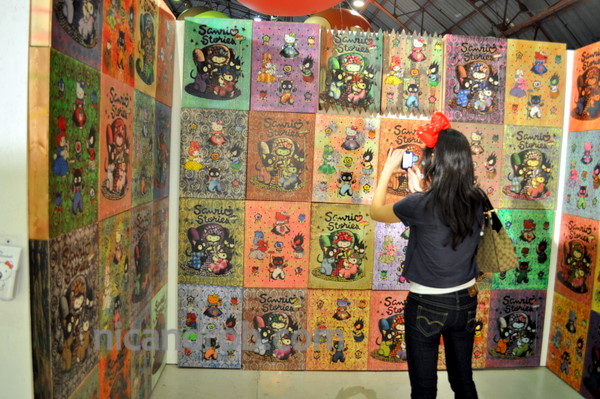 In addition to the fun and games, there was a big art gallery where a whole variety of Sanrio-themed art was on display. The pieces had been commissioned from a large number of artists who used a variety of mediums, from oil to collage to sculpture. Everything was for sale, and much of it was already marked as sold. The prices ranged from a few hundred dollars to a few thousand. One of the other big draws was the pop up shop itself. We didn’t get any pictures inside, but people were going crazy buying lots of 50th anniversary toys and trinkets that were only available at the show. 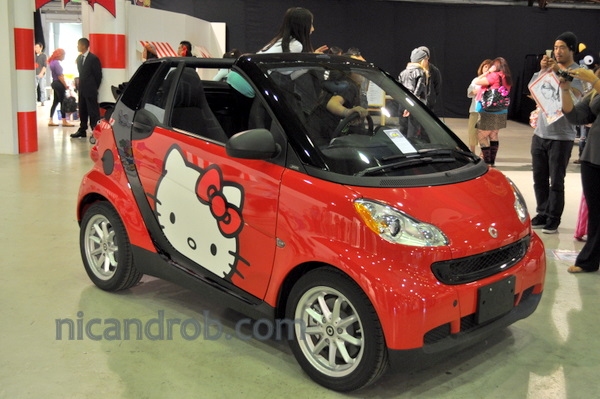 For food, the organizers had arranged to team up with Beard Papa and Yogurtland to get some Hello Kitty treats inside. Hello Kitty flavor is also known as strawberry – for the most part – but we stuck with a classic vanilla cream puff instead. I loved the chef Hello Kitty in front of the Beard Papa booth and definitely would have bought one if it had been for sale. The rest of the food came in the form of invited local food trucks, but we decided to leave early before they arrived for dinner.

Although one could argue that the activities were geared more towards kids than adults, I gave in at the end of our stay and got my face painted to look like Hello Kitty. It was silly and adorable – and definitely got me a lot of attention when we went out to Norm’s Diner and stopped in at the mall afterward. It also prompted several people to come up to us and ask about the Small Gift show, which they (fans!) had heard about and were thinking of attending. 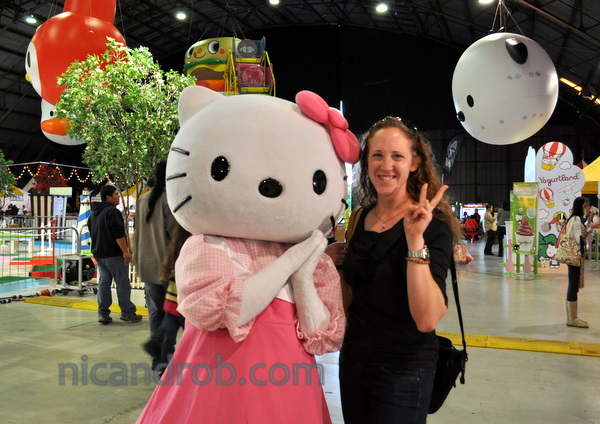