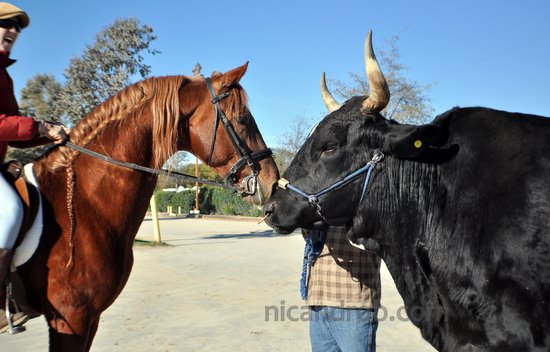 Equifest is an annual event held at the Los Angeles Equestrian Center in Burbank, California where all of the equestrian acts from the Rose Bowl Parade gather to perform a show. This generally takes place about three days before the parade and features trick riders, drill teams, horses of unusual breeds, Michelle McFarlane’s saddlebreds, the Wells Fargo carriage horses and the Budweiser Clydesdales. This year also featured Wild West Willie, an 2850-lb steer from Alberta, Canada, who was going to be ridden in the parade! I had a chance to go over and meet him after Equifest – while on horseback! Many horses are scared of Willie, due to his size, but Jazz here didn’t even flinch and Willie’s handlers were nice enough to let us pose for a picture.

The Budweiser Clydesdales are below, getting beauty treatments before their big day. 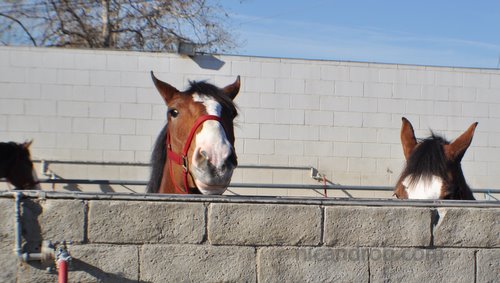