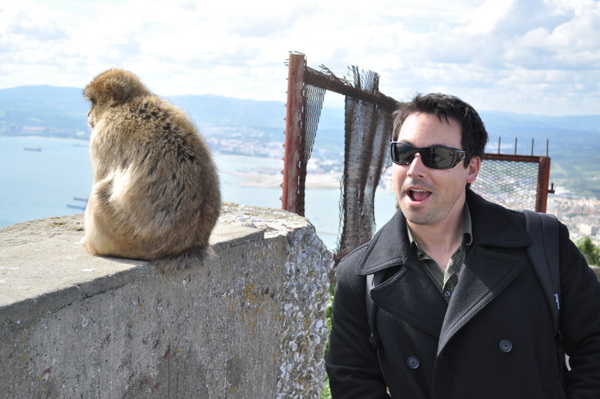 There are only two big draws in Gibraltar. Ok, from a sightseeing point of view there are two big draws: the rock and the Barbary Apes that live on it. Other draws include tax-free cigarettes, alcohol and gas (as well as other shopping) that people cross the border in droves for. You could also potentially count British food as a draw if you’re tired of Spanish food.

The apes are a big draw. Not only are they they only primates that live in Europe, but you can get up close and personal with them in a way that you can’t anywhere else. By this I mean that you can get close enough to take great pictures, watch them interact with each other and watch them steal things from your fellow travelers. We saw an ape steal a bag lunch from a group of school kids at the rock on a class trip!

You can see the apes in two spots: at the top of the cable car and halfway down the mountain. The midpoint location is accessible by cable car and by taxi (or tour bus, if you’re so inclined). The peak is usually a bit less crowded by tourists, although there tend to be fewer apes around, as well. You’ll be able to see the apes year round, but coming during the springtime – April-June – you’ll be able to see adorable baby apes as well as the big guys. 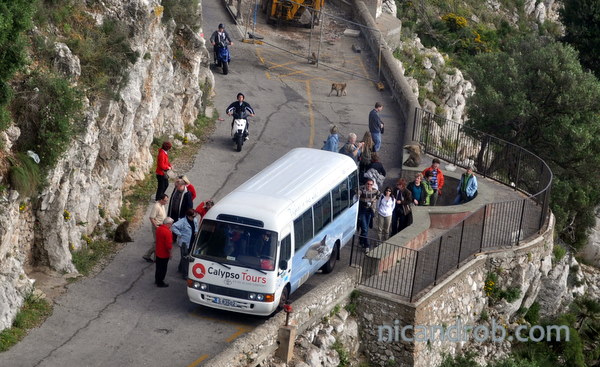 Spain and Andalucia, Day 9: Tarifa and Seville
Our hotel in Tarifa, Hotel Dos Mares, had the most…

Father’s Office, Culver City, California
Father's Office is a gastropub with a bit of history…